The Merc with a Mouth actor is still holding onto hope that the festive story about his foul-mouthed superhero character will be made 'one day' following cancelation.

AceShowbiz - Ryan Reynolds would love to make a "Deadpool" Christmas movie "one day." The 46-year-old actor hasn't given up hope although the festive saga about the Merc with a Mouth he previously developed got shelved after Disney bought 20th Century Fox.

"Four years ago, ['Deadpool' co-writers] Rhett Reese, Paul Wernick and I wrote a Christmas movie starring Deadpool. But it got lost in the shuffle of Disney acquiring Fox and it never got made," he told The Big Issue magazine. "Maybe one day we'll get to make that movie. It's not a musical, but it's a full Deadpool Christmas movie. So one day."

Ryan will next be working on "Deadpool 3" and was delighted to have Hugh Jackman agree to return as Wolverine for the film after asking him "for six straight years." He added, "It was ultimately Hugh that said, 'I think I am ready to come back.' All we had to do was sell it to (producer) Kevin Feige, which didn't take long, and the next thing you knew here we are."

Filming for 'Deadpool 3' has not yet started yet but Shawn Levy is set to direct the sequel while Rhett and Paul are to write the script.

Rhett previously told fans not to "worry" about the fear the third instalment could be Disney-fied after Disney bought its producer 20th Century Fox. But he has added, "Now when it comes to a particular joke, if we cross a line, maybe we'll hear at some point, 'Maybe not that joke.' "

"But I think they've been incredibly supportive of what we're doing, because obviously we were doing it separate from them for a long time, and I think they've seen the success and they've had their own even greater success. So hopefully it'll be a marriage made in heaven. But we've definitely got their support, and that's a great thing to feel." 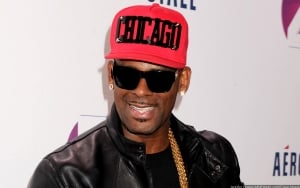