The 'Drivers License' hitmaker sends Internet abuzz after a photo surfaces of her taking a class at the University of Southern California's Thornton School of Music.

AceShowbiz - Olivia Rodrigo is back to school. The Grammy Award-winning artist proves that her skyrocketing career isn't enough reason to stop studying as she has been spotted attending a class at USC music school in Los Angeles.

The "Good 4 U" songstress was photographed being seated in a class at the University of Southern California's Thornton School of Music. In a picture taken and shared by a fan, she appeared to be listening intently to whatever the lecturer had to say while keeping low-key.

The fan clearly didn't expect to see Olivia in the class, though it must have been a pleasant surprise. "No way I'm in class with Olivia bruh," the fan wrote over the picture. 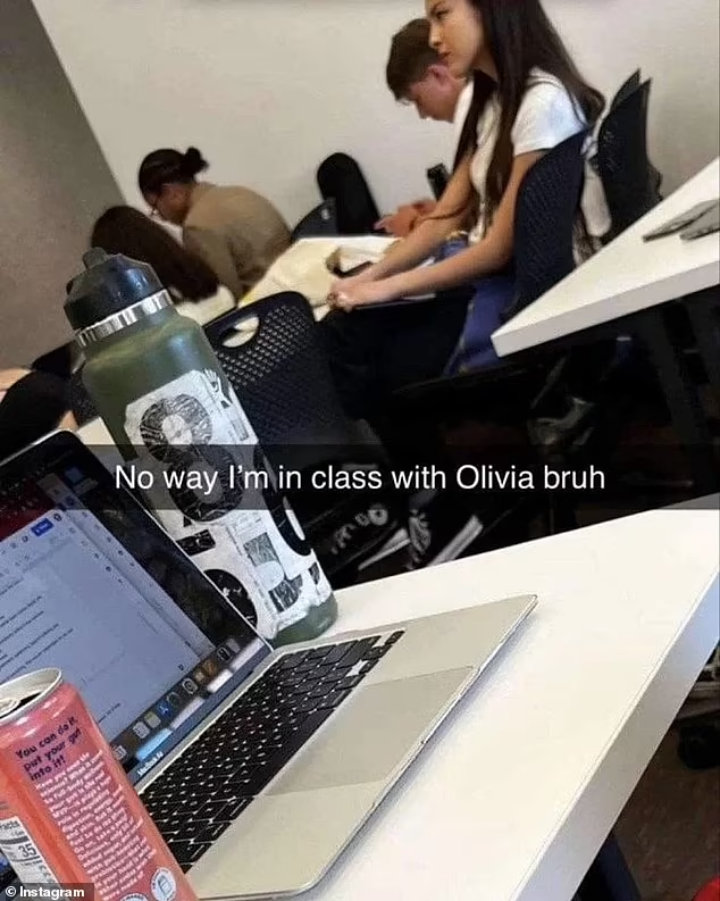 It's unclear what class Olivia was taking, but another photo that popped up on Olivia fan pages shows her status at the school as an "undergraduate visitor" with an "unclassified" major. According to USC, a "visiting student" may enroll in and complete "individual courses for professional or personal development without enrolling in a degree program."

Visiting students are considered "non-award student" who "pay up-front tuition fees and receive normal instruction, assessment and formal results." This means the 19-year-old singer/songwriter is not currently pursuing a full degree at USC, but merely taking classes that may relate to her career. One of the fan pages claimed that Olivia was taking a "music production class" on campus, though it has not been confirmed yet.

Olivia does have a relationship with USC and the Thornton School of Music. Alumni from the school's studio guitar and music programs were featured in a live performance of the "Drivers License" hitmaker's song "favorite crime". The USC marching band also performed her smash hit "Good 4 U" at football games last season.

In between her passion for learning, Olivia is still busy performing. Last week, she joined Billy Joel onstage at Madison Square Garden in New York City.