The 'Expendables' star's now-estranged wife filed to 'dissolve' their 25-year marriage last week, citing in the court documents that their union is 'irretrievably broken.'

AceShowbiz - Sylvester Stallone has responded to his now-estranged wife Jennifer Flavin's divorce filing. In his response, "The Expendables" leading man denied claims that he hid their marital assets.

The 76-year-old actor filed a response on Monday, August 29. In the court documents, he stated that he "has not engaged in any conduct which constitutes intentional dissipation, depletion and/or waste of marital assets."

Sly denied the request made by the 54-year-old former model to have exclusive use and occupancy of their home in Palm Beach, Florida. The "Rocky Balboa" star also denied his ex's request for the option to join any of his business entities or corporations in the future.

However, Sylvester accepted several of Jennifer's other requests, including her desire to restore her maiden name and equitable distribution of their joint assets and liabilities. The Hollywood star also agreed that their union is "irretrievably broken."

Jennifer filed to "dissolve" their 25-year marriage in Palm Beach County, Florida on August 19. In the paperwork, she claimed their union is "irretrievably broken." She also alleged that Sly "has engaged in the intentional dissipation, depletion and/or waste of marital assets which has had an adverse economic impact on the marital estate."

Days after the filing, rumors began to circulate that Jen decided to end their marriage over a dog. TMZ, citing sources directly connected to the couple, also reported that Sly, who covered a tattoo of Jen with a picture of a canine, had wanted to get a Rottweiler to protect their family but Jen did not, and their argument brought up other issues that led to their split.

However, Sly quickly shut down the narrative, telling the outlet that he and Jennifer "just went in different directions." He further stressed, "I have the highest respect for Jennifer. I will always love her. She's an amazing woman. She's the nicest human being I've ever met."

Sylvester and Jennifer met at a restaurant in Beverly Hills, California, in 1988. The former pair, who share three daughters, then tied the knot on May 17, 1997. They recently celebrated their silver wedding anniversary on social media.

At the time, Sly hailed Jen as an "incredible selfless" woman. He wrote via Instagram, "Happy 25th anniversary to my amazing wife. There is not enough words to describe what this incredibly selfless dedicated, patient, woman has meant to our lives and I only wish they could be another 25! Thank you sweetheart!"

In response, she said, "Thank you for always keeping me laughing, loving and protecting our beautiful family! Our marriage keeps getting better every year! I can't wait to spend the rest of our lives together!"

'AGT' Recap: Some Acts Get Red X Buzzers in 4th Round of Qualifiers

Sylvester Stallone Glad He Failed When Auditioning for Superman 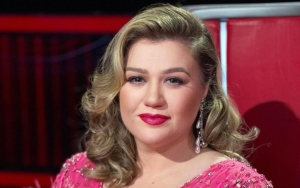