'The Real Housewives of Beverly Hills' stars speak up against online trolls after Garcelle's teenage son, Jax, shows some rude comments he has been receiving on Instagram.

AceShowbiz - Garcelle Beauvais and Lisa Rinna want "The Real Housewives of Beverly Hills" fans to stop dragging their kids into their drama. The two Bravo personalities took to their respective social media accounts to slam the "disgusting" individuals who were attacking Garcelle's teenage son, Jax.

"I'm usually a very strong woman," Garcelle wrote in a note shared on Instagram on Tuesday, August 23. "I've been raised to be strong. My life has taught me to be strong but when it comes to my kids! It hurts. It's not OK."

"I've been in tears all night. It's just a TV show people. Scream at your TV throw something at your TV but leave our kids alone #RHOBH," the 55-year-old continued. She then added in the caption, "This has to stop!! They're just kids !!!!"

Lisa also weighed in on the issue, stating, "We are doing a tv show. We try to entertain you-why can't you treat it like wrestling for gods sakes love us-love to hate us." The actress went on to note, "But leave the kids alone. What I was just sent about @garcelle son is disgusting and unacceptable."

Lisa then pointed out previous harassment aimed at Kyle Richards' 14-year-old daughter Portia, Erika Jayne's adult son, Tommy Zizzo, and her own daughters, 24-year-old Delilah Belle and 21-year-old Amelia Hamlin. "What I heard happen to Porshe [sic] @kylerichards18 is disgusting and unacceptable. what you've said and done to my own kids disgusting," she raged. "The threats to @theprettymess son!?!!"

"And I'm sure all of the other beautiful children," she further stressed. "They didn't sign up for this. What are [you] doing?! The kids - all of our kids should be off limits so stop it now. Enough is enough."

The posts arrived after Jax showed some of the comments he had been receiving in his recent Instagram photo. Many of the comments focused on his older brother Oliver's addiction issues, which Garcelle has spoken about on the show. 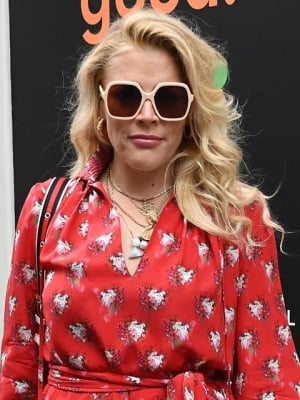