The 'Fuller House' actress and the 'So You Think You Can Dance' judge are involved in an unlikely feud after the professional dancer called the actress the 'rudest celebrity' she's ever met in a TikTok video.

AceShowbiz - Candace Cameron Bure received a shocking gift amid her ongoing beef with JoJo Siwa. On Thursday, August 4, the "Fuller House" actress shared on Instagram Story that she received a JoJo-themed Diamond painting kit from a public relations company.

"I just found this really funny," the 46-year-old actress said in a video while laughing. "There's a PR company that sent me a gift."

In the video, the actress showed a box featuring an illustration of the "So You Think You Can Dance" judge. It also came with a note that read, "Hope you love this JoJo Siwa x @DiamondArtClub gift."

Finding the whole thing funny, Candace wondered if the present was a "coincidence [or] just weird timing." She went on to say, "I don't know but it looks really cute and when one of my goddaughters comes over, we're going to do this." 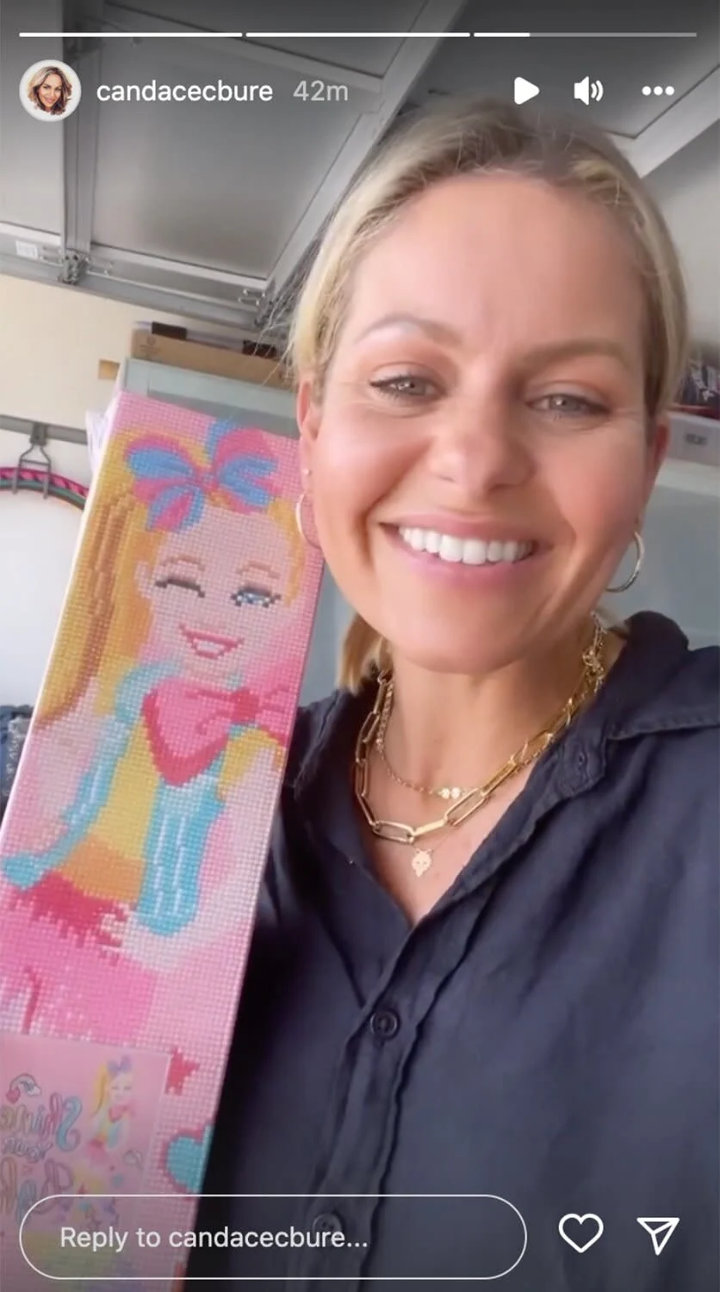 JoJo and Candace were involved in an unlikely feud after the professional dancer called the actress the "rudest celebrity" she's ever met in a TikTok video. In response to the diss, Candace revealed in an Instagram clip that she and the "Dance Moms" alum had a "great conversation" via phone call.

"She didn't want to tell me [how I was rude to her]. She said, 'You know, I met you at the 'Fuller House' premiere and I was 11 years old,' " the actress said. Apparently, the YouTuber asked Candace for a picture, but the latter said, "Not right now."

Candace eventually apologized to Jojo. She told her, "I broke your 11-year-old heart. Ugh. I feel crummy. JoJo, I'm so sorry." She also stressed, "No matter how many followers you have … even a 10-second trending TikTok video can do damage because our words matter and our actions matter."

JoJo, however, claimed in a separate interview that Candace "didn't share all the details of the meeting" that they discussed during their phone conversation. The YouTube star elaborated, "It was at the afterparty that she didn't wanna take a picture with me, and I was OK with that. But then I turned around, and when I looked back, she was taking pictures with other kids."

She said that it made her "really, really upset," calling it "one of those memories" that's just always "stuck with" her. "When you're little and somebody says something to you, and you just never forget it as long as you live - I think we've all had that moment - and I feel like this was that moment for me," she admitted.