Fans are forced to bid farewell to The Arrowverse, which also includes 'Supergirl', 'Legends of Tomorrow', 'Black Lightning' and 'Batwoman', after 6 shows and 699 episodes on the network.

AceShowbiz - The Fastest Man Alive is expected to hit the brakes next year. Starring Grant Gustin in the lead role, "The Flash" is set to wrap up its story following a long run on The CW with season 9 in 2023. The 13-episode season is scheduled to premiere on the network's midseason schedule which typically begins in January.

He continued, "So many amazing people have given their talents, time and love to bring this wonderful show to life each week. So, as we get ready to honor the show's incredible legacy with our exciting final chapter, I want to say thank you to our phenomenal cast, writers, producers and crew over the years who helped make 'The Flash' such an unforgettable experience for audiences around the world."

It was said that "The Flash" was initially set to conclude with season 8, but both the network and studio were able to ink Gustin and co-stars including Candice Patton to new deals. That prompted the production team to rework last season's ending. The eighth season finished its run as one of The CW's most watched shows of the past 2021-22 broadcast cycle, averaging about 1 million viewers and ranking among its most streamed series on digital platforms.

Fans are also forced to bid farewell to The Arrowverse, which includes "Supergirl", "DC's Legends of Tomorrow", "Black Lightning" and "Batwoman", after 6 shows and 699 episodes. The first to spin off of 2011's "Arrow", "The Flash" was the beginning of the entire small-screen DC Universe. As it's the last show in the universe that's still standing on the network, its end will bring The Arrowverse to death.

Joining "The Flash" as the other DC properties on The CW's 2022-23 schedule are "Superman & Lois" (season three) and rookie "Gotham Knights". Meanwhile, the network's scripted roster also includes "All American" and its spinoff "Kung Fu", "Nancy Drew", "Walker", "Walker: Independence" as well as "Supernatural" prequel "The Winchesters".

This Is Why Recasting Ezra Miller for 'The Flash' Is Not an Option for Warner Bros. 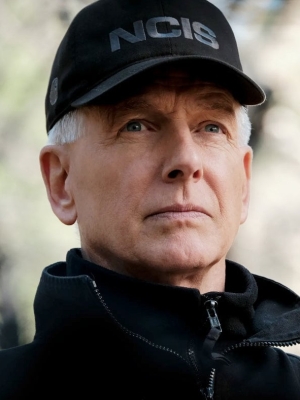 Steve Martin Plans to Retire After 'Only Murders in the Building'