The former Miss USA runner-up is spotted kissing her boyfriend Matthew Rondeau during a romantic dinner on a beach as her ex-husband remains in the healing stage after being hospitalized for life-threatening health issue.

The 47-year-old model and her partner have been vacationing in Cabo San Lucas, Mexico. On Monday, July 4, the couple was spotted passionately locking lips during their romantic dinner on the beach. 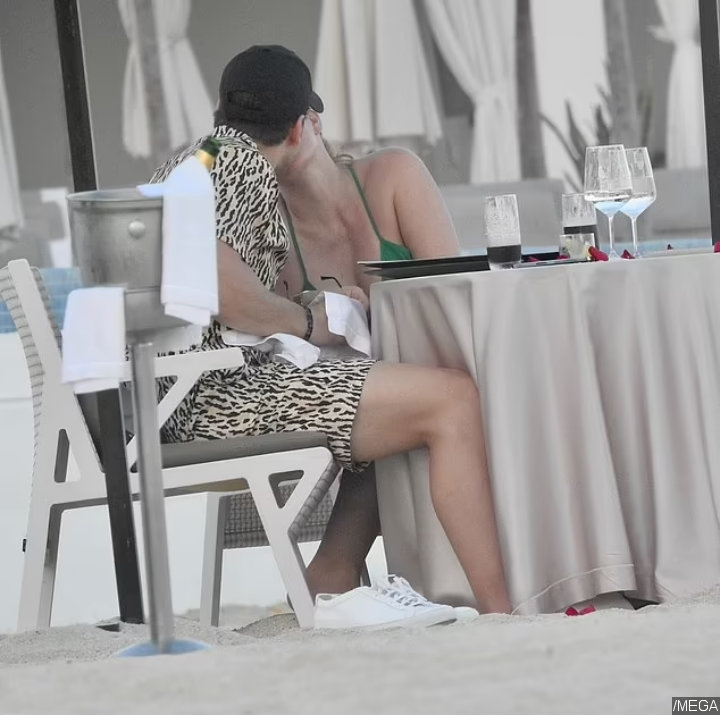 For the outing, Shanna opted to go casual as she wore a green dress with a plunging neckline and thin straps. She also added large sunglasses and pulled her blonde hair back into a tight ponytail. Her beau, in the meantime, donned a patterned shirt with matching shorts. He completed his beach look with a black cap and white sneakers.

While Shanna has been enjoying her small getaway, her ex Travis has been slowly getting better after being diagnosed with pancreatitis which had him sent to emergency at Cedars Sinai Medical Center in Beverly Hills, Los Angeles.

The Blink-182 drummer was hospitalized for pancreatitis on June 28. He was initially taken to West Hills Hospital, near his Calabasas, California home, but then transferred to the larger Cedars Sinai Hospital. His wife Kourtney Kardashian was seen closely following the ambulance transporting Travis in photos circulating online.

Kourtney later explained what led to Travis' hospitalization. "Travis and I went in for a routine endoscopy together and he ended up with severe, life-threatening pancreatitis," she wrote in a statement posted on Instagram Story.

Upon learning of Travis' health scare, Shanna wished him a speedy recovery. "Thank you to everyone who has reached out with concern to my ex and father of my children. I pray for a speedy recovery and for the comfort of my children as I know they are very concerned and worried," Shanna, who shares daughter Alabama Barker, 16, and son Landon Barker, 18, with Travis, added. "I know he is in great hands and surrounded by loving support, the best medical teams available and his beautiful wife Kourtney."