Making use of her Instagram account, the 44-year-old shares that she and Alex 'are no longer partners in marriage,' but 'will remain partners in parenthood to our beautiful girls.'

AceShowbiz - Rachel Stevens has split from her husband of more than 10 years Alex Bourne. After marrying in 2009 and having 11-year-old Amelie and 8-year-old Minnie together, the S Club 7 singer and her childhood sweetheart have broken up.

On Friday, July 1, the 44-year-old posted an Instagram Story that said, "I just wanted to share with you all that after time and consideration the difficult decision has been made for Alex and I to separate. While we are no longer partners in marriage, we will remain partners in parenthood to our beautiful girls and continue with love and respect for each other."

The "Strictly Come Dancing" alum signed off, "I feel so incredibly grateful for the life we built together and will now continue to be focused on moving forward united as a family." 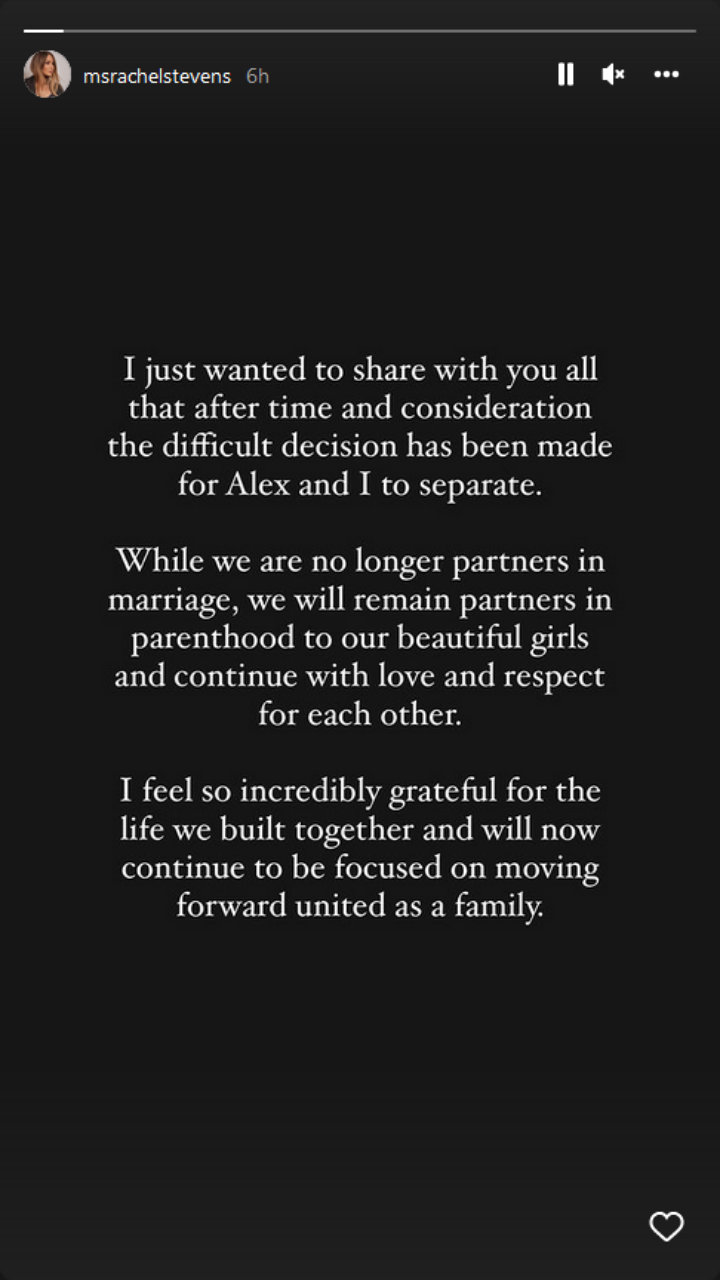 Stevens, who propelled to fame as part of pop group S Club 7 in 1999, went on to be a major pin-up before going on to feature on the fourteenth series of "Dancing on Ice" in 2022, coming second with 43-year-old dance partner Vincent Simone.

She recently insisted she would love to recreate her magazine photoshoot days. She told The Sun, "Yes I'd do another bikini shoot, why not?"

"I loved doing those shoots because it was an opportunity to do something where I could express myself in a different way to 'Top Of The Pops' or 'Smash Hits' and all those other magazines the band did. I love photoshoots and find them really creative," she added. "I love getting involved with how we are going to make the pictures look."

Stevens' exes include actor Jeremy Edwards, to whom she got engaged in 2002 before they split two years later.