In a new interview, the 41-year-old actor, who played the beloved character in the Marvel Cinematic Universe, shares that the other Avengers' costumes 'are all better' than his character's.

AceShowbiz - Chris Evans thinks Captain America's suit is the worst of all "The Avengers. In a new interview, the 41-year-old actor has confessed he thinks the Marvel superhero's patriotic costume wasn't the best out of his co-stars, including Black Widow (Scarlett Johansson), Thor (Chris Hemsworth) and Tom Holland (Spider-Man).

"It's the suit for him, and it works for him, but if we're measuring against all the Avengers, let's be honest: It's not the best. S**t, they're all better than mine," he said during his appearance on LADbible TV. "Whether it's [Scarlett [Johansson], whether it's [Chris] Hemsworth, whether it's Tom Holland…."

Meanwhile, the "Lightyear" star recently admitted reprising his role as Johnny Storm in "Fantastic Four" would be an "easier sell" than playing Captain America again. Playing the Human Torch aka Johnny Storm in 2005's "Fantastic Four", and its sequel "Fantastic Four: Rise of the Silver Surfer", Chris shared that he would love the superhero to make a comeback as he doesn't believe the character has had his "day" yet.

He told MTV News, "God, wouldn't that be great? Wouldn't that be great? No, no one's ever come to me about that. I mean, I don’t exactly look the same anymore. That was 15, almost 20 years ago. Oh my God, I'm old. But I really love that character, but I think… aren't they doing something now with 'Fantastic Four'?"

"I would love it. That would actually be an easier sell to me than coming back as Cap. You know what I mean? Cap is so precious to me," he went on to say. "And you know, I almost don't wanna disrupt what a beautiful experience that was. But Johnny Storm, I feel like he didn’t really get his day. That was before Marvel really found its footing. So, I loved that role and, you know, who knows."

Last year, Chris shot down a rumour he was set to return as Captain America. "News to me," he said.

Additionally, Chris previously shared his excitement to have the "freedom" to pursue other parts. He said, "I absolutely loved my time with Marvel; I already miss it, but there's no denying that it is very exciting to just have complete freedom to pursue whatever my creative appetite wants." 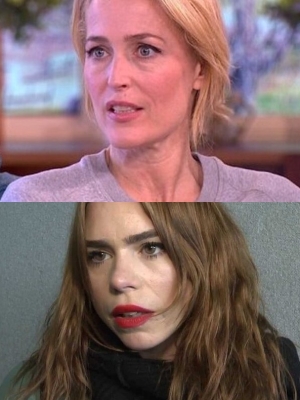