Leah Remini Calls Out Tom Cruise for His 'Crimes Against Humanity'

Leah also praises Claire Headley after she recently took to Facebook to criticize the 'Top Gun: Maverick' star, who has been an advocate for the Church of Scientology during his career, and his links to the church.

AceShowbiz - Leah Remini has urged Tom Cruise fans to not be fooled by his "movie star charm". Taking to her social media account, the 51-year-old actress praised her friend Claire Headley for calling out Tom's alleged "crimes against humanity."

Leah, who left the Church of Scientology in 2013, wrote on Twitter, "Thank you to my friend @claireheadley for your courage. You have continued to speak out despite the non-stop attacks from Scientology. And as Claire says in her post below, Tom Cruise knows exactly what goes on in Scientology. Don't let the movie star charm fool you. (sic)" 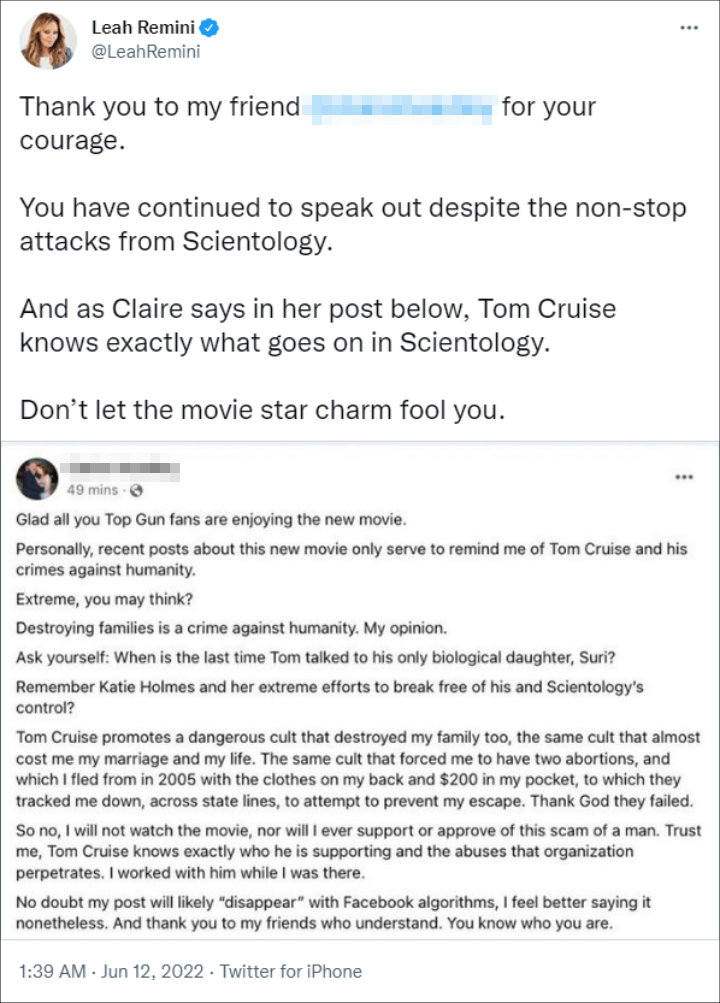 Claire recently took to Facebook to criticize the "Top Gun: Maverick" star, who has been an advocate for the Church of Scientology during his career, and his links to the church. She wrote on the social networking platform, "Tom Cruise promotes a dangerous cult that destroyed my family too, the same cult that almost cost me my marriage and my life. The same cult that forced me to have two abortions, and which I fled from in 2005 with the clothes on my back and $200 in my pocket, to which they tracked me down, across state lines, to attempt to prevent my escape. Thank God they failed."

"So no, I will not watch the movie, nor will I ever support or approve of this scam of a man," she continued. 'Trust me, Tom Cruise knows exactly who he is supporting and the abuses the organization perpetrates. I worked with him while I was there. No doubt my post will "disappear" with Facebook algorithms, I feel better saying it nonetheless. And thank you to my friends who understand. You know who you are."

Leah Remini 'Glad' After Finishing Her First Semester at NYU 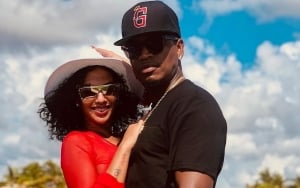 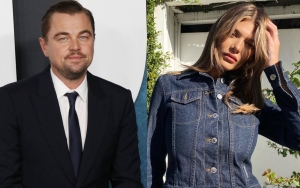