The Queen of Pop is caught on camera hanging out with the Canadian rapper five months after she slammed him for 'illegal usage' of one of her original classic songs.

AceShowbiz - It looks like Madonna has squashed her beef with Tory Lanez. Months after accusing the Canadian emcee of plagiarism, the Material Girl was caught on camera watching Gervonta Davis' fight together.

In some photos surfacing online, the 63-year-old was seen sitting next to the "Chauffeur" spitter. The photos showed the two being engaged in a conversation while watching the boxing match.

To see Madonna and Tory hang out together might be surprising for fans considering that she slammed him five months ago. The Queen of Pop dragged the hip-hop star for "illegal usage" of one of her original classic songs.

At that time, Madonna left a note underneath Tory's Instagram post, claiming she'd already tried to message him privately regarding his new track "Pluto's Last Comet" sounding like her 1985 song "Into the Groove." In an attempt to get his attention, she wrote, "Read your messages for illegal usage of my song get into the groove!"

"Pluto's Last Comet" was written by Tory and produced by Orlando Tha Great and Chaz Jackson. The new track was just released this month on Tory's '80s-inspired album titled "Alone at Prom".

Meanwhile, Madonna's "Into the Groove" was released in July 1985 and featured on her big-screen acting debut "Desperately Seeking Susan". The hit song was also featured on the studio re-issue of her second album, 1984's "Like a Virgin". Back in September, Rolling Stone listed "Into the Groove" on its massive list of the 500 Best Songs of All Time list at number 161.

Aside from Madonna, George Michael's estate accused Tory of plagiarism. The late singer's estate claimed Tory ripped off his 1985 hit "Careless Whisper" for the rapper's song "Enchanted Waterfall". The "Alone at Prom" artist, however, has yet to respond to the allegation.

NBA YoungBoy Reflects on His Journey on New Song 'Goals' 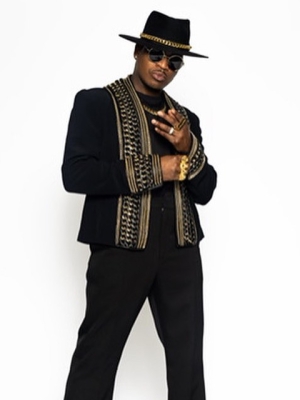