The former One Direction member receives outpouring support from his girlfriend, whom he met on set of psychological thriller 'Don't Worry Darling', following the release of his third solo album.

AceShowbiz - Harry Styles has gotten support from his girlfriend Olivia Wilde. The former One Direction member's lover took to her social media platform to show her support for his new album.

The 28-year-old musician has just released his third solo album "Harry's House". Shortly after, his 38-year-old girlfriend took to her Instagram Story to gush about it. She posted a snippet of the track "Music for a Sushi Restaurant" and added the raising hands emoji to show her support. 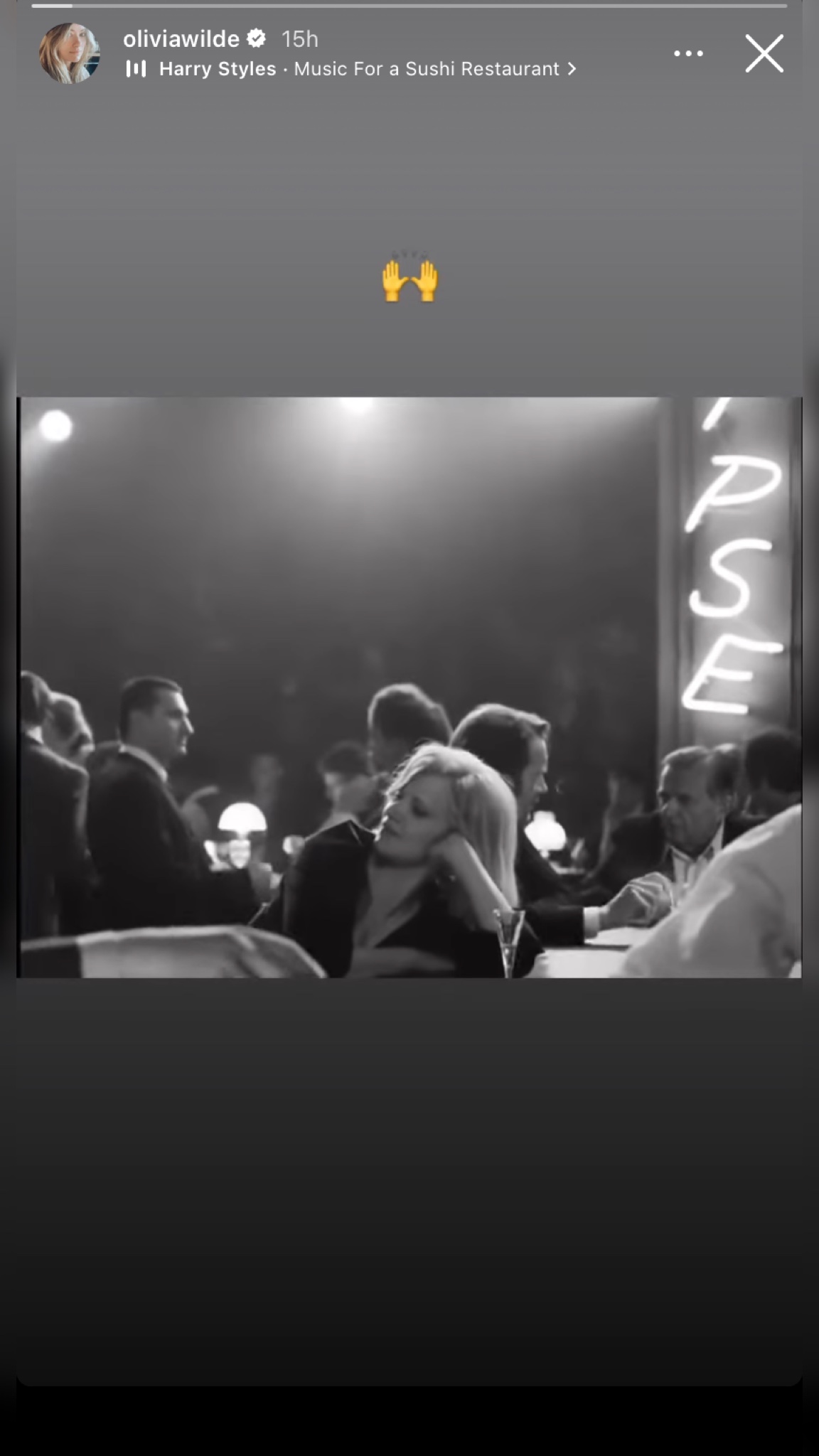 Harry and Olivia went public with their romance in January last year, after meeting on the set of psychological thriller "Don't Worry Darling", which was directed by Olivia and co-stars Harry alongside Florence Pugh and Chris Pine.

Harry recently spoke about working with his girlfriend. The "Watermelon Sugar" hitmaker said, "I had a wonderful experience being directed by Olivia. It meant for a really nice experience working on that movie."

Olivia split from longtime fiance Jason Sudeikis, the father of her children Otis, 8, and Daisy, 5, in November 2020 after nine years together and previously spoke about how happy she is with Harry.

Olivia said, "I think what you see is that when you're really happy, it doesn't matter what strangers think about you." She further raved, "All that matters to you is what's real, and what you love, and who you love."

Harry Styles Assist Gay Fan to Come Out at Concert

Ari Fletcher Mocks Haters Dissing Her Red Carpet Look at BET Awards: 'You Can't Even Step on One'

Quavo Spotted Cozying Up to King Von's Sister Kayla B