The 'Flip It Like Disick' star has repeatedly given offensive comments toward the founder of Good American which prompted fans to condemn his behavior on Reddit.

AceShowbiz - Scott Disick has gotten on the wrong side of Khloe Kardashian's fans. The former "Flip It Like Disick" star was accused of being creepy by fans over his objectifying remarks about the "Keeping Up with the Kardashians" star's body on his social media account.

On Tuesday, May 10, Khloe shared an Instagram Story promoting Scott's new clothing pieces for his brand Talentless. In the Story, she posted a picture of four sweatsuits in colors black, blue tie-dye, gray and cream. Along with it, she tagged him and his clothing company.

In response to the Story, the ex-partner of Kourtney Kardashian reposted it on his Instagram account. He then wrote a caption on it that read, "Wear it well with that body Khlo." This came as a shock to fans, prompting them to condemn him for objectifying the 37-year-old reality star. 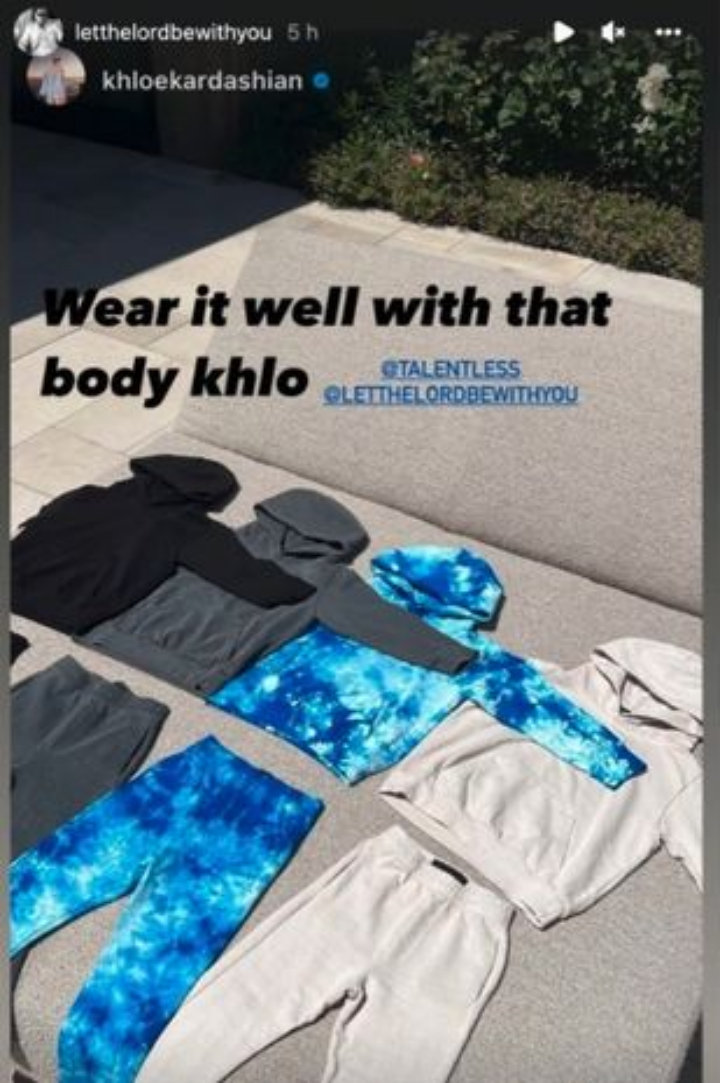 Taking to Reddit, one ranted, "It must be so exhausting to be a part of a family where EVERYTHING revolves around looks and money. Like damn, there's no real substance to these people at all." The person continued, "They repeat Bible verses and 'InSpIraTioNaL QuoTeS' to pretend like they care about things other than shallow s**t but they are really empty shells of people."

A second one labeled Scott as "creepy," while a third agreed by stating, "He gives me weird vibes." Another one criticized, "I think once you're the ex boyfriend of your sister, the weird jokes and flirtations completely cease to be funny." A fifth expressed disgust that read, "This is just nasty, at this point he's legit trying to stay in the family and using the sister who would probably agree. Cause ewww."

This was not the first time Scott was accused of making an objectifying remark about Khloe. He was also believed to have made an offensive comment in episode four of "The Kardashians". In the episode, Khloe was seen visiting Scott to check on him after her sister's engagement to Travis Barker.

The founder of Good American brought Kourtney's ex a care package with the intention of cheering him up. Upon her arrival there, she was welcomed by his dog, who got too excited and peed on the floor. He appeared to notice the incident but chose to focus on the gift, leaving her to clean up the mess.

When Khloe got down on her knees to clean the floor, Scott threw a provocative comment toward her. "Oh, there you go, get down on it, Khloverton. Get down on it," the 38-year-old TV personality said. Apparently unimpressed, she responded, "Yeah, you're not leaving pee on the floor."

Scott went on to say, "Do your thing; you look hot. I would hire you, if like, hot maids, topless maids, or something." Khloe clapped back by saying, "Okay, well, I wouldn't be topless." He sarcastically responded, "You'd be spotless."

After the show aired, fans took to Reddit to discuss about his questionable behavior. One commented, "I think khloe was right to call him out on his snarkiness. I think it says a lot for him to be insecure of not being a part of the family that fed him for the past decade and a half of his life."

A second one questioned his behavior by asking, "Is Scott high?" A third called their interaction "creepy." The comment read, "Khloe using Scott for creepy, inappropriate validation...also disturbing."

Ari Fletcher Mocks Haters Dissing Her Red Carpet Look at BET Awards: 'You Can't Even Step on One'

Quavo Spotted Cozying Up to King Von's Sister Kayla B