After the 'Booksmart' director was stunned with the legal papers at the presentation of her new movie 'Don't Worry Darling', a source says her ex-fiance Jason 'would never condone her being served in such an inappropriate manner.'

AceShowbiz - Jason Sudeikis was not aware that Olivia Wilde would be served with legal papers at CinemaCon in Las Vegas. After news emerged that the actress/director was stunned with the custody papers from her ex-fiance, a source says the comedian had no prior knowledge of where and when the envelope would have been delivered to his ex.

The embarrassing moment took place during the presentation of Olivia's new film "Don't Worry Darling" on Tuesday, April 26. While she was onstage to talk about the movie, which stars her current boyfriend Harry Styles, somebody came up and placed a manila envelope right down next to her at her feet.

The manila envelope was labeled "personal and confidential." Olivia picked it up, asking, "This is for me? Is this a script? Ok got it. Thank you." She took a peek inside before carrying on like nothing had really happened. She continued to show the trailer of the film, which was met with huge applause from the crowd. 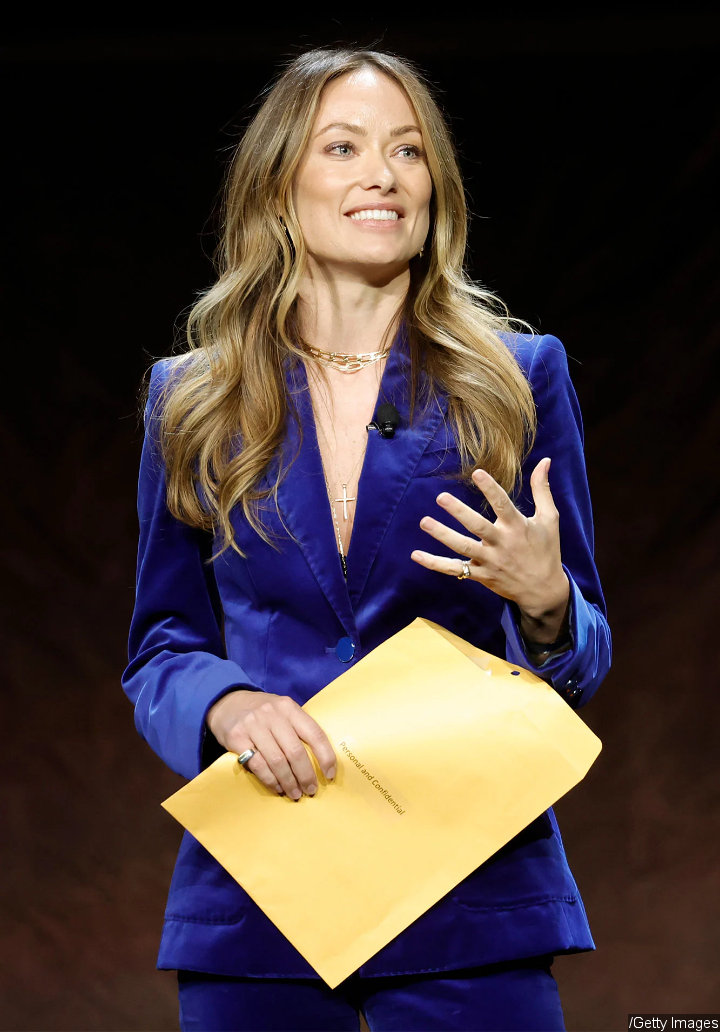 Olivia Wilde was served with legal papers at CinemaCon.

It's later revealed that the envelope contained legal papers from her ex Jason. A source close to the "Saturday Night Live" alum tells Vanity Fair, "Papers were drawn up to establish jurisdiction relating to the children of Ms. Wilde and Mr. Sudeikis."

The source notes though, "Mr. Sudeikis had no prior knowledge of the time or place that the envelope would have been delivered as this would solely be up to the process service company involved and he would never condone her being served in such an inappropriate manner."

Olivia and Jason, who separated in late 2020, share two children together. While the "House M.D." alum has since moved on by dating British singer Harry, she and the "Ted Lasso" star maintain a close relationship. It seems that they're currently working out the terms of their custody agreement though they have been co-parenting amicably.

Comedians and Their Surprisingly Stunning Exes