The Maeve Millay depicter on 'Westworld' takes to social media to share a photo from the inside of a hospital that sees a man placing a blanket over his mom.

AceShowbiz - Thandiwe Newton (Thandie Newton) has been hospitalized. Taking to her social media platform, the actress portraying Maeve Millay on "Westworld" was rushed to the emergency room due to a foot injury.

On Friday, April 22, the "Reminiscence" star shared a photo from the inside of a hospital that saw a young man placing a blanket over a woman, seemingly his mom, who's seen sitting nearby. "Witnessing tender moment between mother and son," she wrote, before unveiling why she's in the hospital. "In ER 'cause I got some stupid bit of glass in my foot. Ouch though." 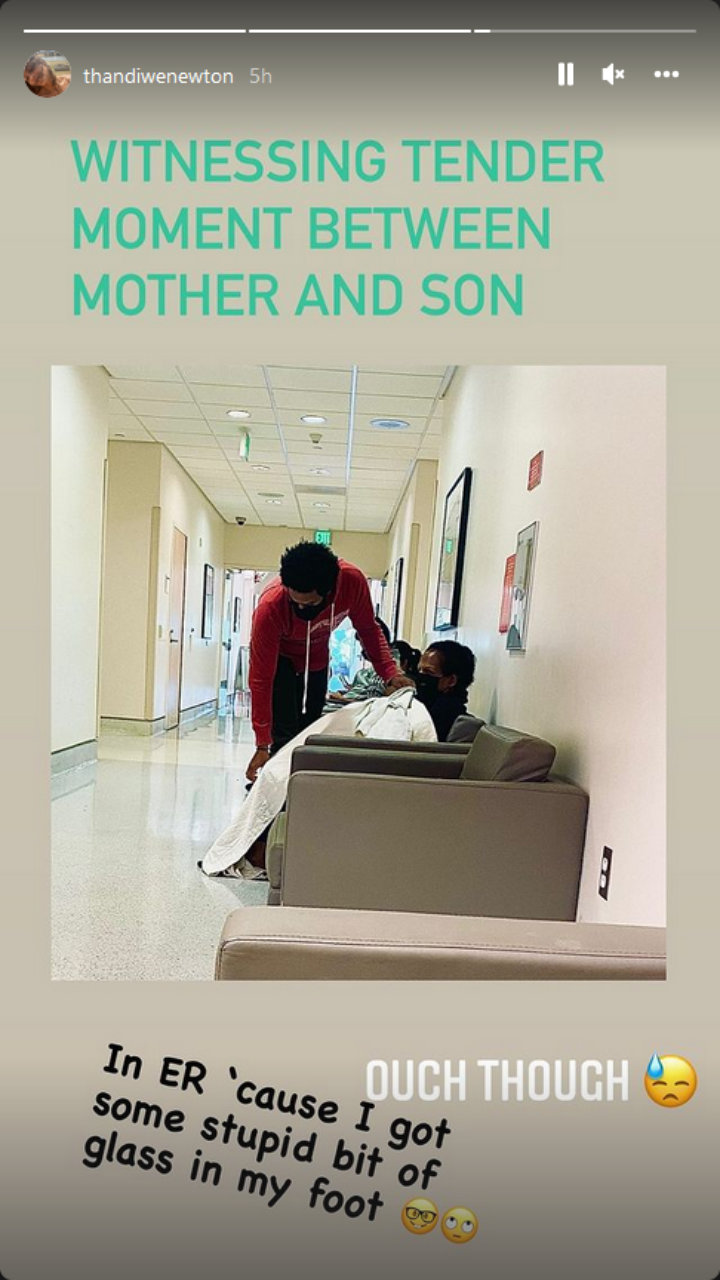 Thandiwe Newton announced that she's hospitalized after injuring her foot.

Thandiwe's hospital visit came after she stepped away from "Magic Mike's Last Dance" to "deal with family matters." Following her departure, the 49-year-old actress was urged to seek mental health support as it's believed that "there's a lot going on" in her personal life after she called it quits with her husband of 24 years, Ol Parker.

"Her apparent breakdown caused so much disruption, it became clear she couldn't play the role," a source spilled of her condition. "She seemed so stressed she even brought her two pet rabbits to her hotel for emotional support."

However, Thandiwe resisted checking herself into rehab despite her friends and agent's growing concern about her well-being, claimed a source. The informant went on to point out that this might be happening as the actress has already found someone new. "She has a close friendship with Lonr," said the insider. Lonr, born Elijah Dias, is a Los Angeles-based musician who is only two years older than Newton's oldest daughter, Ripley Parker.

Upon learning of the dating rumors, Lorn coyly responded, "From the relatively short time I've been fortunate to spend with her, I know Thandiwe and Oliver care deeply about the welfare of their children." He added, "That's all I care about right now."

After Thandiwe's exit, Warner Bros. Pictures unveiled that Salma Hayek was brought in to replace her in the undisclosed role. On Friday, Salma was spotted on the set of "Magic Mike's Last Dance" at a London theater. In photos obtained by Page Six, she was seen entering her car to leave the shooting location while holding a script.

Nicki Minaj Gushes About Being Happy As She Gets Sober