Reminding fans that it is 'almost that time again,' the former 'Baywatch' actress made use of her Instagram account to show off her sensational bikini body.

AceShowbiz - Carmen Electra aged like a fine wine. Before celebrating her 50th birthday, the actress portraying Lani McKenzie in "Baywatch (1989)" flaunted her sensational bikini body in her Instagram account.

On Tuesday, April 19, the beautiful bombshell posted a video of her rocking a tangerine bikini. In it, she rocked the sexy look by posing for the camera and playing with a beaded doorway curtain. To accompany the video, she wrote in the caption, "It's almost that time again."

Carmen received a lot of praises for the bikini post. One commented, "Smokin' hot, birthday QUEEN!!" Another went on to rave, "The closest thing to perfect that I've ever seen!" A third pointed out the actress' youthful appearance by writing, "I don't think you ever age."

The ex-wife of Dave Navarro was even praised to be a "goddess" by some fans. One went as far as emphasizing that she was "the best there is, ever was, and will ever be." 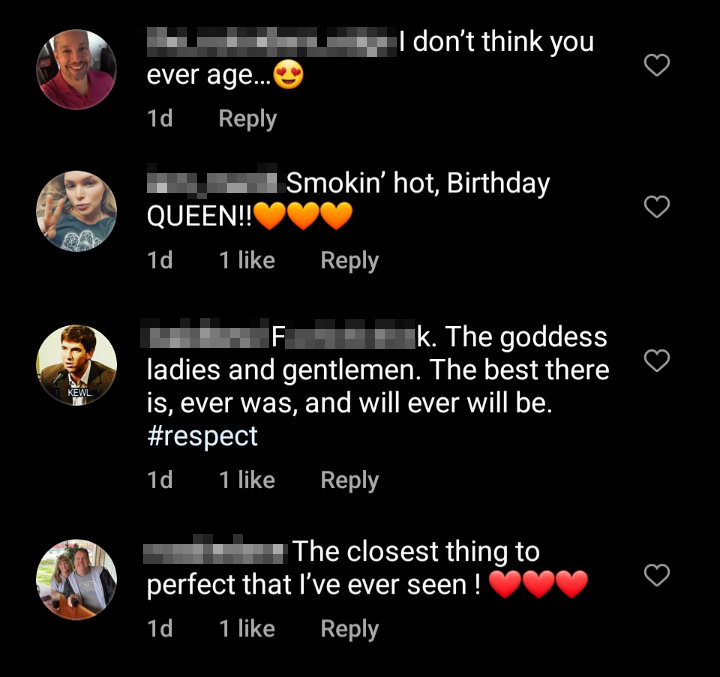 Carmen had actually uploaded the same bikini video in April 2021. At the time, the 50-year-old model wrote a simple caption that read, "Tangerine bikini," and she tagged fashion stylist Judy Kaufman and a fashion brand, Fashion Nova.

The "Scary Movie" star's healthy and glowing skin did not happen overnight. Back in 2020, she revealed to Page Six the skincare routine that she used since her "Baywatch" days. "I have always focused on a moisturizing makeup removal, hyaluronic acid serum, and a deep moisturizing face cream packed full of high-quality essential ingredients," she shared.

In addition, Carmen noted the importance of "applying SPF" whenever she went out or to the ocean. The TV personality also added that the time she spent shooting "Baywatch" on the beach had influenced her skincare routine for the better. "I love the ocean! The saltwater can be very good for your skin, from exfoliating to tightening pores," she said.

The former Playboy model's beauty routine did not stop with the application of skincare products. She further pointed out the importance of drinking water and staying away from caffeine, alcohol and soda to attain her inner glow.

These Celeb Couples Stayed Together Despite Troubled Relationship