Taking it to his Instagram Story, the 54-year-old news anchor reveals that he caught the coronavirus, but is optimistic he will 'get back to work soon.'

AceShowbiz - This might be the one time Anderson Cooper is glad about an unfavorable situation. Having tested positive for COVID-19, the famed news anchor could not help but express his relief that his two young children did not catch the deadly virus.

Making use of Instagram Story, the 54-year-old journalist posted a selfie of himself, possibly laying down on his bed. Along with the selfie, he wrote a caption that read, "Just tested positive for Covid." He went on to express his relief, "Thankfully the kids are negative." 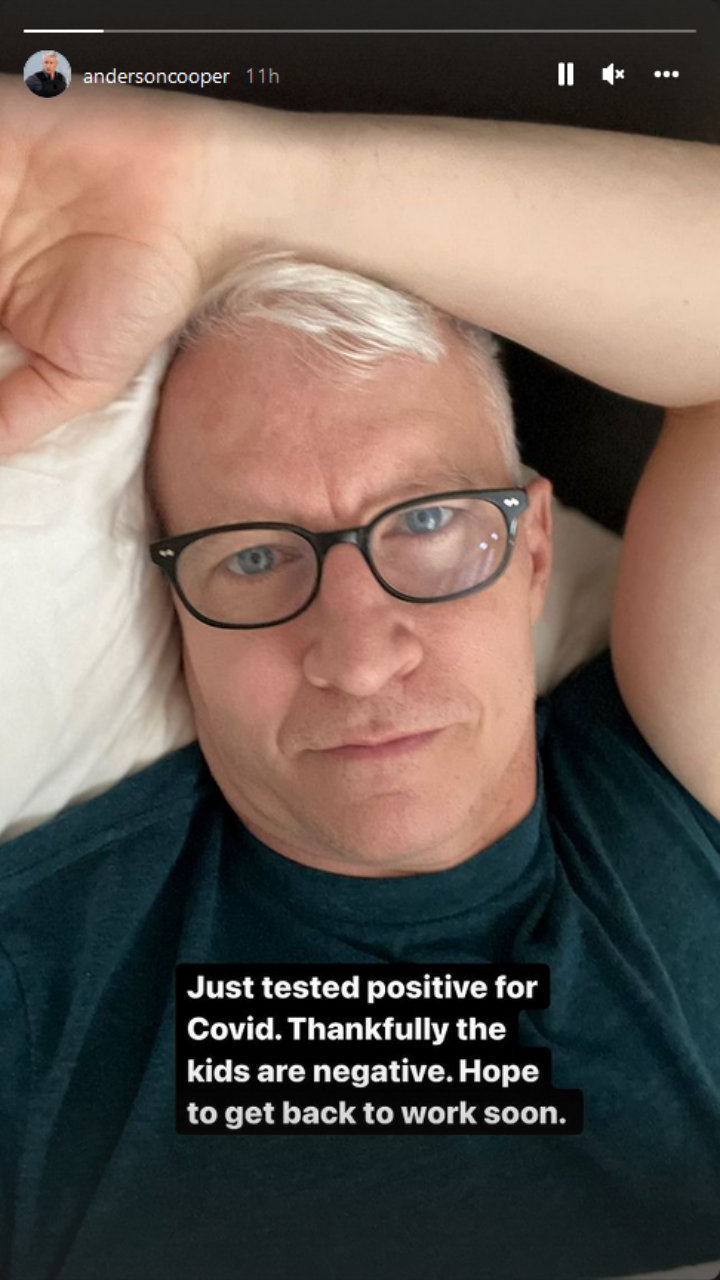 Anderson Cooper shared about testing positive for COVID-19 on his Instagram Story.

Anderson is a parent to two little boys. His first son is Wyatt Morgan who is almost two years old, while his second one is Sebastian Luke who is still an eight-week-old baby. He welcomed both Wyatt and Sebastian through surrogacy.

In February, the anchor revealed that he teamed up with former partner Benjamin Maisani in raising his two children. "We're co-parents. Wyatt calls me 'daddy' and Benjamin 'papa'. We're a family," he said. "Benjamin is also in the process of adopting Wyatt, who's last name will be changed to Maisani-Cooper as well."

The son of Gloria Vanderbilt did not forget to relay his gratitude for his children's surrogate mother. "The sacrifices she and her family made and the love that they gave Sebastian this past year has been extraordinary. We'll never forget the kindness and all of her, her family and all surrogates who help bring new life in the world," he stated.

Anderson is famously known as an anchor to CNN's program "Anderson Cooper 360°". Because of his positive COVID-19 result, he would not be able to lead the news program. However, in his Story, he expressed that he hopes "to get back to work soon." A temporary replacement for the news anchor is John Berman, another CNN anchor. He will be filling in for Anderson on Monday, April 11 and Tuesday, April 12.

Drake on What He's Looking for in Women: 'It's Not Just About Clapping Cheeks'