The 'King of Staten Island' star is covered in fake blood when filming his new horror movie 'The Home', after his text messages to Ye were shared online.

AceShowbiz - Pete Davidson evoked horror on the set of his movie. The comedian was soaked in blood from head-to-toe while filming an upcoming Miramax thriller, "The Home", in New Jersey on Tuesday, March 15.

In pictures which surfaced online, the 28-year-old sported the fake blood when pictured outside a house during a break. Despite the gruesome appearance, he appeared to be in good spirits as he gave two thumbs up and flashed a smile to the camera. 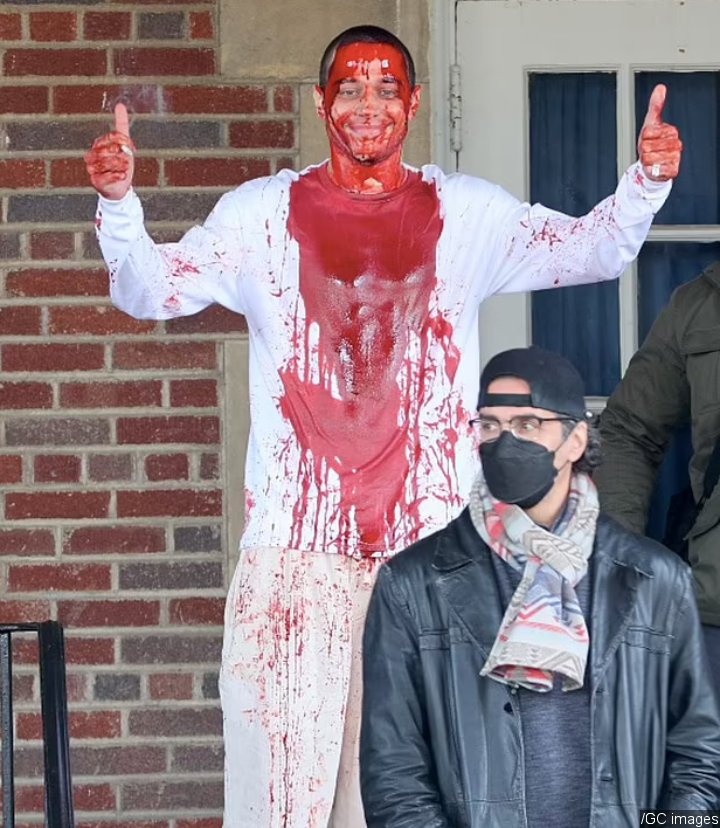 Pete Davidson was covered in blood while filming 'The Home'.

In the horror thriller, Pete plays Max, a troubled man who starts working at a retirement home and realizes its residents and caretakers harbor sinister secrets. As he investigates the building and its forbidden fourth floor, he starts to uncover connections to his own past and upbringing as a foster child.

"The Purge" director James DeMonaco serves as the helmer, with Bill Block and Sebastian K. Lemercier serving as producers. DeMonaco and Adam Canto penned the script.

"We're excited to be backing DeMonaco's brilliant vision," Bill told Deadline about the project in January. "James' 'The Purge' horror franchise has grossed over $450 million at the worldwide box office. With his masterful storytelling abilities and Pete's versatility as an actor, this film will put audiences everywhere on the edge of their seats."

Pete keeps himself busy with his latest acting gig amid the drama involving his girlfriend Kim Kardashian's ex Kanye West, who has sent him ominous messages several times. Recently, the comedian confronted the rapper after the latter reignited a war with Kim over the custody of their children.

Meanwhile, "Saturday Night Live" writer Bowen Yang said that the cast and crew of the show "are supporting [Pete] him by giving him space." He told Entertainment Tonight at the 2022 Critics Choice Awards on Sunday, "I think he's just, you know, figuring it out, because I think a lot is out of his control, in terms of people’s responses."

The Australian-born comedian added of the Staten Island native, "I think he's just getting back to his comfort, and I think that is the best thing he can do. We are all thinking about him, and we love him so much." 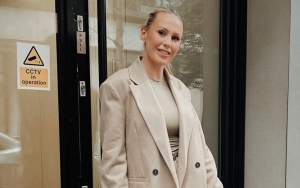