In the short video shared by Kevin Hunter Jr. on his social media account, 'The Wendy Williams Show' host is seen sipping a glass of fresh-pressed juice while having a plate full of healthy salad.

AceShowbiz - Wendy Williams appears to be in a good state. In a video shared by her son, Kevin Hunter Jr., "The Wendy Williams Show" host could be seen looking better and healthy amid her physical and mental health issues.

On Friday, January 7, the 57-year-old TV hostess' son took to his Instagram Story to share a boomerang clip that saw her sitting in a bed while sipping what appeared to be a glass of fresh-pressed juice. On her lap, the daytime diva had a plate full of healthy salad.

In the video, Wendy wore a white hoodie and a pair of Daisy Dukes. Over the footage, Kevin included the location tag, Miami Downtown Brickell. The 21-year-old also added a music for the video, Drake's "Do Not Disturb".

Kevin's social media post came after Wendy's brother Tommy Williams shared an update on the talk show host's health. Late last month, Tommy said that Wendy was already "doing well" and no longer in Florida. He also denied reports saying that his sibling was "lonely" during the Christmas holiday.

Tommy went on saying that like Wendy's fans, he missed "Wendy on TV." He also noted that he's fully confident "she's not finished." He continued, "I'm on the outside looking in just like you all. She's not gone folks, she is just recalibration go. If Wendy weren't doing well, I wouldn't be sitting here smiling."

"And I know that you're weighing in on the hosts that are on right now," Tommy quipped. After being asked about his opinion on "The Wendy Williams Show" guest hosts, Tommy, who is three years younger than Wendy, gave them a thumbs down.

Wendy has been absent from her daytime show for the entire season so far as she continues to struggle with health and mental issues. Last month, however, the daytime talk show queen was reportedly ready to make a "big comeback" to her show.

"If anybody thinks Wendy is done with television and show business in general, they're sadly mistaken," a source spilled to HollywoodLife.com. "Wendy has been in this industry almost her entire life and she's definitely preparing to make a big comeback."

The insider explained, "She's feeling better every day and has every intention on coming back to her show, and even wants to work on some other projects in the upcoming year." The informant added, "Wendy never planned on not returning so that's not something that's even on her radar." 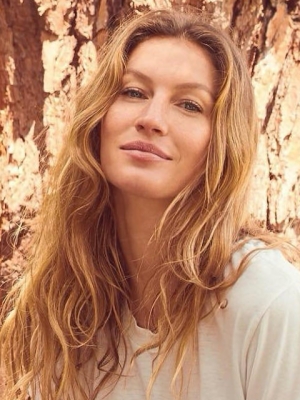