The two-time Grammy Award nominee, who came out as non-binary in May, takes to their Instagram account to treat fans to a look at their dramatic, chic buzzcut.

AceShowbiz - Demi Lovato is determined to have a "fresh start" in 2022. Ahead of the new year, the two-time Grammy Award nominee took to their Instagram account to reveal their dramatic new look as they were seen rocking a chic buzzcut.

In the Christmas post, the "Sober" singer treated their 122 million Instagram followers to some pictures of them striking poses with a snowy, mountainous backdrop in the FaceTime-recorded video while flaunting their new short chop.

The former child star, who came out as non-binary in May and uses the pronouns they/them, also shared a stunning mirror selfie on Instagram Stories. 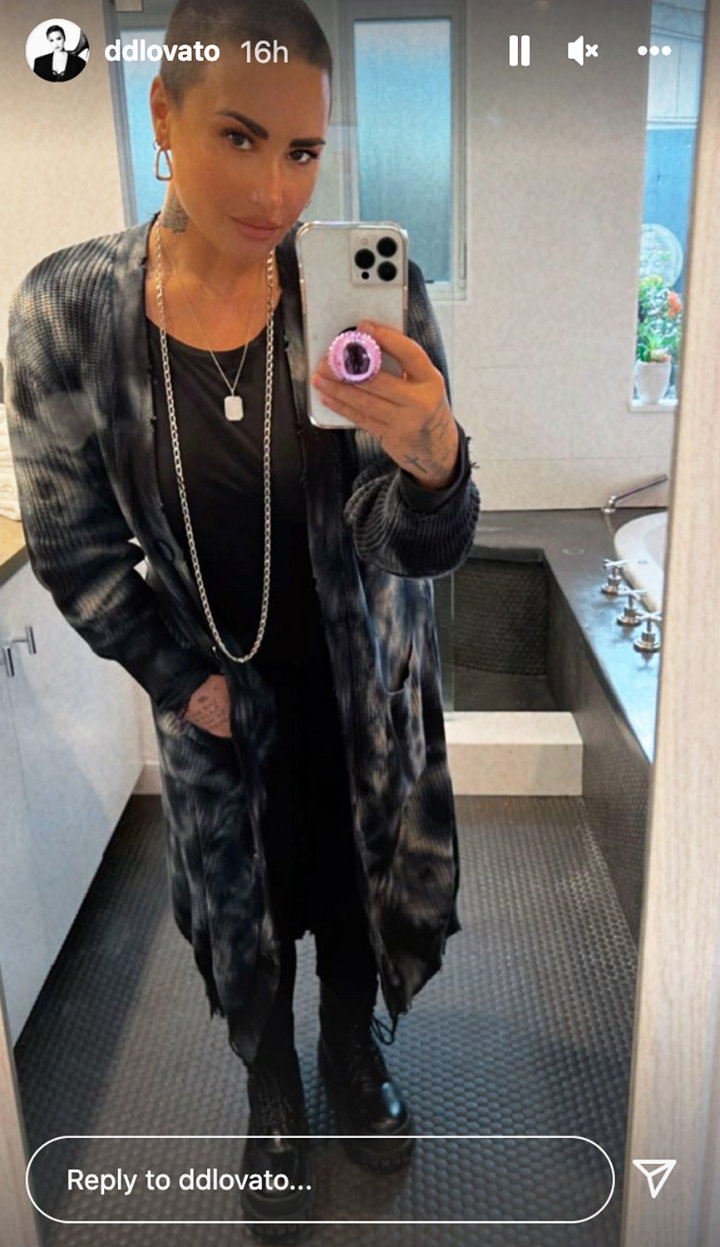 Demi's latest transformation comes months after the "I Love Me" singer declared in an interview about wanting to be their "most authentic self." In the August interview, they also revealed that calling off their engagement to Max Ehrich in September 2020 was the "best thing" to ever happen.

"When I said goodbye to that relationship," Demi opened up to Kate Sosin during the 19th Represents 2021 Virtual Summit. "I also said goodbye to everything that was holding me back from being my most authentic self. It was the dissolvement of all things that had held me back from identifying as the person I do today."

In another interview, Demi got candid about the pressure they previously felt to fit into a "sexy, feminine" image before they came to terms with their gender identity. "I really believe that when I overdosed in 2018, it was because I was ignoring my truth. I went to such great lengths to suppress who I really am to fit this sexy, feminine pop star and actress image that others had assigned for me that I never truly identified with," they told PEOPLE back in June.

"I did it though because I thought that's how it was supposed to be," they continued, explaining that they've since learned "how important it is to live your truth and not suppress yourself." They added, "You can only carry on like that for so long before it comes spilling out and manifesting, sometimes negatively, in other ways."

Donald Trump Is Pro-COVID Vaccine Because He's Too 'Old' to Do Better Research, Candace Owens Says

Nick Cannon Says Marriage Is 'a Lot': 'I'm Not Built for That'