The Sacramento Kings player has been accused of impregnating a personal trainer while still with Khloe Kardashian, forcing to get an abortion, and offering her $75,000 for her to keep silent.

While sharing a screenshot of an article about Tristan offering Maralee $75,000 to keep silent and get an abortion, Farrah slammed Tristan and all womanizers. "F**k woman abusers, f**k abortion, f**k @realtristan13. Get a vasectomy WOMANIZERS! these poor kids ! Jesus!" so she wrote.

"The TEXAS government was right!" Farrah went on to say, referring to the state's strict abortion laws. 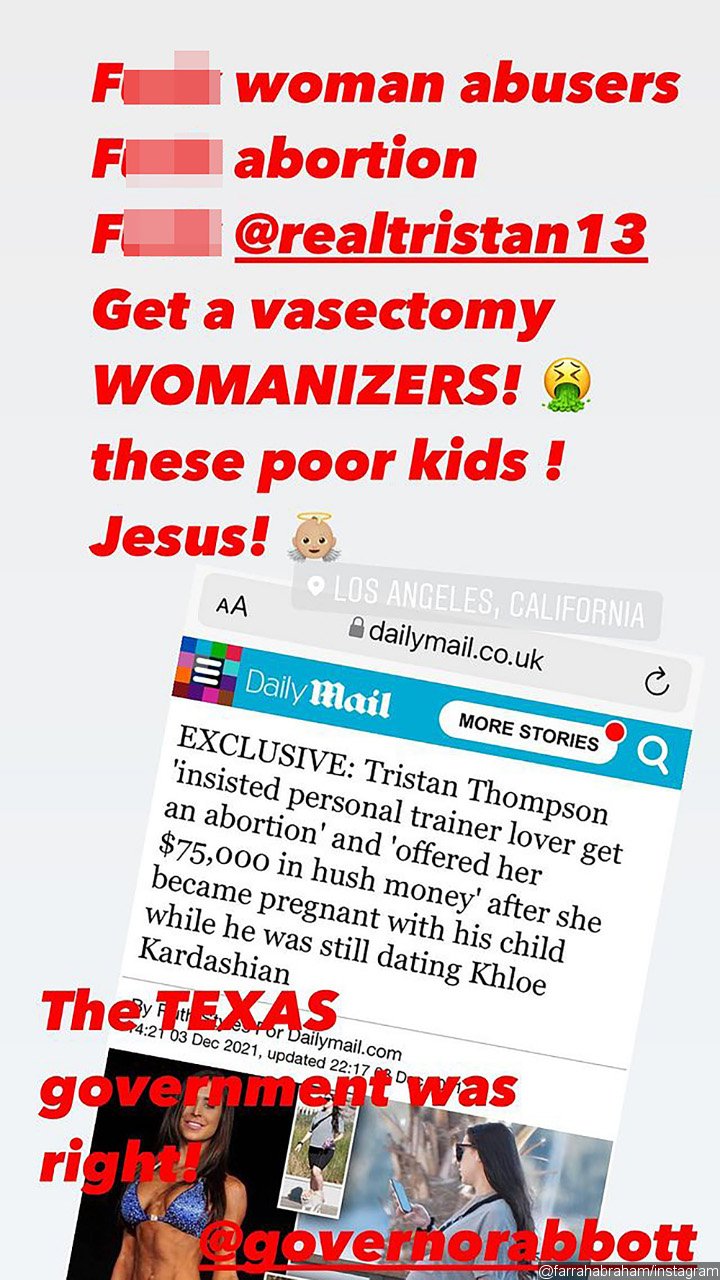 Earlier this month, Maralee sued Tristan for child support as she claimed that Tristan impregnated her. She reportedly gave birth to her son on Thursday, December 2, the same day news broke about her lawsuit.

In the lawsuit, she allegedly claims that she conceived the baby during his 30th birthday party in March this year, when he romantically reunited with his baby mama Khloe. While Tristan reportedly only admitted to having sex with her one time, the woman claimed that their affair began at least five months before his birthday and they kept seeing each other even after she found out she's pregnant, with her flying to California on multiple occasions.

The Sacramento Kings player has now requested an emergency gag order to ban his ex-lover from speaking out to the press. He accused Maralee of violating a confidentiality order verbally granted by a judge after she filed a paternity lawsuit against him. He claimed she had been doing interviews with the media and spreading lies about him and his family on social media. He also accused Maralee of defaming him "to achieve some sort of notoriety and gain for herself in this lawsuit" and fabricating Snapchat messages.

The said message saw Tristan offered her $75,000 to buy her silence and made sure she knew that he wanted zero involvement in the baby's life. "You know how I feel," he reportedly told Maralee. "My feelings haven't changed at all. Wont be involved at all. btw if you think having this baby is gonna make you some money. It's completely wrong. You are aware that I'm retiring after this season."

"So in terms of support it will be whatever is required monthly for someone who's unemployed. It's Texas so it will be only a couple hundred dollars. So you better off taking this 75k I'm offering cause you won't get nothing near that with having a kid with a father who's unemployed," he added. 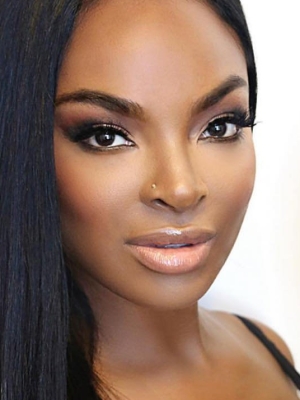