Firooz Zahedi, who snapped the iconic Uma Thurman poster for the 1994 film, has sued film studio for using the image on 'untold thousands of consumer products.'

AceShowbiz - Miramax bosses have won a copyright battle against the photographer who snapped the iconic Uma Thurman poster for "Pulp Fiction".

A judge has ruled Firooz Zahedi waited too long to sue for ownership of the shot, granting Miramax a summary judgment.

Zahedi sued Miramax for using the 1994 image on "untold thousands of consumer products", while the film studio bosses insisted he was paid on a work-for-hire agreement.

Unfortunately, the film chiefs could not locate the documents which could prove their case, only that the company registered a copyright for the poster, according to The Hollywood Reporter.

It appears the photographer's stepson may have torpedoed the plaintiff's claim by posting a snap of Zahedi holding an action figure version of Thurman's "Pulp Fiction" character online back in 2015. He wrote, "Happy Birthday to my Stepdad @fitzphoto. Turns out he didn't get toy royalties for his famous photo of Uma TM... But at least he has the toy now..."

Zahedi responded,"Thanks... Sometimes it's best to settle for the little things in life."

"Zahedi's receipt in 2015 of an action figure prominently featuring the iconic photo, bearing Miramax's copyright notice, and failing to credit Zahedi is uncontroverted evidence of his actual knowledge of Miramax's plain and express repudiation of his ownership," the judge's ruling reads.

"While it may be true that Miramax changed its position on its copyright claim over the decades since 1994 - Zahedi is correct that Miramax credited Zahedi as the owner of the photograph on the cover of its 1994 script, and the record is not clear at what point Miramax stopped crediting Zahedi - it is clear that Zahedi understood in 2015 that Miramax claimed more rights in the photograph than Zahedi believed it had."

The judge pointed out Zahedi had an opportunity to file his suit any time during the three years after the post. He didn't and therefore missed his window to sue Miramax. 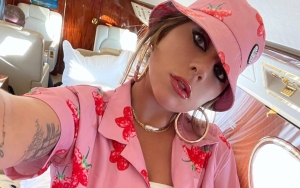 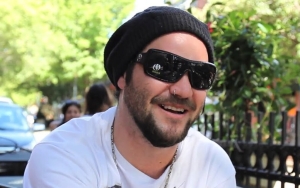