The 'Emily in Paris' star loves working with her director husband Charlie McDowell on his new feature film 'Windfall' and describes it as a dream experience.

AceShowbiz - Lily Collins has raved about working with her director husband, Charlie McDowell, on his new movie "Windfall".

The "Emily in Paris" star admits she thought it would be a challenge to team up with her man and follow his lead on set, but it was a dream experience that made her love him more.

"I thought it would be more stressful to have to work with him, but it honestly was really amazing and freeing," she tells Vogue Australia. "It was great, and I'm really, really proud of the movie and I'm proud of him. It's a different type of role for me."

"Honestly, it was so easy working together. I would forget that it was him."

In the movie, Lily plays half of a young couple which arrives at a vacation home, only to realise the place has been robbed.

Lily and Charlie wed in September (21).

"I've never wanted to be someone's someone more than I do yours, and now I get to be your wife," she gushed back then.

She described her romance with Charlie as a fairytale come true, "What started as a fairytale, is now my forever reality. I'll never be able to properly describe how otherworldly this past weekend was, but magical is a pretty good place to start."

A month after her dream wedding, she said of marriage life, "It's so nice to be able to finally say that I'm a wife, [but] sometimes it makes me feel very old." 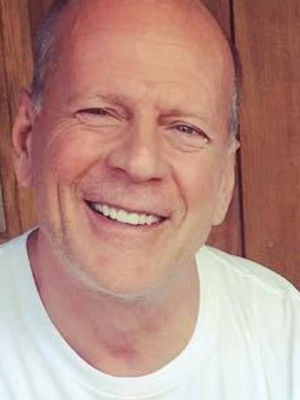 Rachel Brosnahan Would Be 'Available' for 'Fantastic Four' Reboot

'Final Destination 6' Has Found Its Directors