The Beatles member joins Dave Grohl and bandmates to close out the Rock and Roll Hall of Fame induction ceremony after helping to induct the group earlier at the event.

The Beatles legend hailed the group as one of the "greatest rock 'n' roll bands in the world" in a passionate speech at the Rocket Mortgage Fieldhouse event in Cleveland, Ohio, before joining Dave Grohl and his bandmates to close out the evening with a performance of "Get Back".

Paul also drew comparisons between himself and Grohl, pointing out they had both been through "tragedy" and after their first bands - The Beatles and Nirvana respectively - ended, both went on to take their careers in a new direction.

"We had a great time with our groups, but eventually tragedy happened and my group broke up," he said during his induction speech. "Same happened with Dave. His group broke up under tragic circumstances. So the question is, 'What do you do now?' We both were presented with that question."

"Anyway, so me, I'm gonna name my new group, and I call them Wings. So Dave's got the same problem, and he's got to think of a name for the group, so he comes up with Foo Fighters. So now the group is formed. It's ready to take flight. It's Dave, Taylor (Hawkins), Nate (Mendel), Pat (Smear), Chris (Shiflett), and Rami (Jaffee) - all the members of the Foo Fighters. So here they are tonight.

Before giving their own speeches, Foo Fighters gave a quick three-song performance of "Best of You", "My Hero", and "Everlong".

Elsewhere, Jay-Z called his induction an "incredible honour" because hip-hop had previously been dismissed as a "fad."

He said, "Growing up, we didn't think we could be inducted into the Rock & Roll Hall of Fame. We were told that hip-hop was a fad. Much like punk rock, it gave us this anti-culture, this subgenre, and there were heroes in it."

Jay also paid tribute to his "heroes" Rakim, Big Daddy Kane, KRS-One, Chuck D, and fellow inductee LL Cool J, adding, "I watch these guys, and they have big gold chains and leather and sometimes even the red, black, green medallions and whatever they wore, everybody would wear the next day. I was like, 'That's what I want to do. I want to be like those guys'. And so I set out on my journey."

After reflecting on his career and his influences, the "99 Problems" hitmaker recalled meeting with Barack Obama, who helped induct the rapper, on his U.S. presidential campaign, explaining that helped him realise the power of hip-hop.

"I thought like, 'Man, hip hop was really an agent for change and how amazing is its reach that this man is calling me to help out when he campaigned'... I met him in Ohio and we won. We got it done here in Ohio. That just shows me the power of hip-hop, the power of these heroes who let me know that these things are possible."

The Rock & Roll Hall of Fame Class of 2021 also includes Tina Turner, Carole King, The Go-Go's, and Todd Rundgren, who refused to attend the induction ceremony, telling TMZ last week, "It's something my fans always wanted more than I did. I had a problem with the whole idea of a Hall of Fame, because that's like a sports thing - you've retired from the game, all your stats are there for everybody to judge and they can measure you against other players... and you're done with your career. (With) musicians, your greatest aspiration is to do it for the rest of your life." 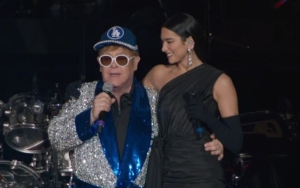 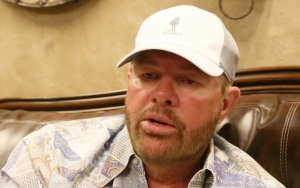