While Mama previously claimed that the 'Empire State of Mind' hitmakers ignored her following the incident, the Grammy-winning singer says she already forgave the New York femcee.

AceShowbiz - Alicia Keys has addressed the viral moment when Lil Mama crushed her and Jay-Z's performance at the 2009 MTV VMas. Claiming that she had no clue about the interruption, the "If I Ain't Got You" singer revealed that she "never knew" the femcee was onstage too.

When asked whether she forgave Mama for her antics, Keys said, "Of course." The latter then explained, "Listen, to this day, I truly never knew she was even on the stage - that's the craziest part of the whole thing for me. I was on that stage, Jay was in the middle, she was on the other side of Jay, and I never saw her. Never."

"So, that was wild to me," the wife of Swizz Beatz further elaborated when appearing on "The Morning Hustle" show on Wednesday, October 20. "It's not even a thing... She's from New York too. I really think she felt the energy of the record and she loved it and she couldn't hold herself back. This is what my music does to people. What can we say?"

At the 2009 MTV VMAs, Keys and Jay-Z were delivering their hit single, "Empire State of Mind". Mama, who was 19 years old at that time, decided to join the two musicians on the stage of the Radio City Music Hall at the end of their performance.

Days following the incident, Mama issued an apology. "I got emotional," she told MTV News. "I felt like, 'Yeah, New York, Jay!' I started to feel him and feel myself. I started to feel the energy and I got up and started walking toward the stage. I got up and was rooting him on as a champion for bigging up my brother. If any way JAY-Z or Alicia Keys felt offended, I want to apologize to both of you. I actually would like to have a one-on-one."

Earlier this year, Mama divulged that she got ignored by Keys and Jay-Z when she tried to reach out to them. "I entered the industry as a teenage Black girl from Brooklyn & Harlem NY. These situations are with mature adults at least 10 years my senior. I reached out in private to create an opportunity for communication and clarity," she noted on Instagram. "I haven't heard back from either party yet. With that, continuously misrepresenting my brand in public won't be tolerated." 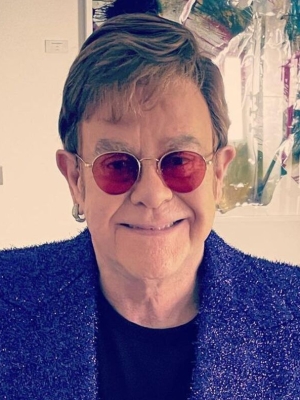