During a chat on 'The Kelly Clarkson Show', the actor playing Dani Rojas on the hit series reveals why the creators decided to create a character for him to play.

AceShowbiz - "Ted Lasso" star Cristo Fernandez impressed the creators of the TV hit so much they changed a character's nationality for him.

The Mexican actor was studying in the U.K. when he auditioned for the role of Dani Rojas and producers were so taken with his talent, they decided to create a character for him to play.

"I did more auditions and I got a role as an Icelandic man... and I was like, 'If I'm playing an Icelandic man, I need more preparation...' but they liked my audition... and they kept it and they adapted to who I am."

In a separate interview, Fernandez talked about the lesson he learned from being a part of the Apple TV+ series. "I think 'Ted Lasso' has allowed me to realize the importance of sending a message, whatever it is. Just put something there that has a core and has a heart," he pointed out as quoted by CNN.

Fernandez also shared his thought on the addition of Dr. Sharon Fieldstone in season 2. "I think a really good message of our show is to get rid of this macho mentality and the unhealthy masculinity where men don't cry, men don't speak about their feelings," he stated. "Even myself, where I'm from, you hear that, too, and it's not true. It's good to speak up for your feelings and be open about it."

"Ted Lasso" itself dominated the 2021 Television Critics Association Awards with three wins. It collected the prizes for Outstanding New Program, Outstanding Achievement in Comedy, and the Program of the Year Award. 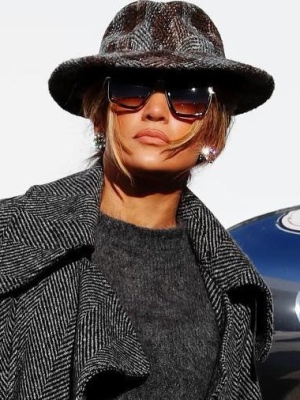