The 'No Time to Die' actor, who is set to return as Detective Benoit Blanc, spills at a 'BAFTA: A Life In Pictures' event that he and director Rian Johnson plan to keep doing it as long as they get the ideas.

The "No Time to Die" actor, who is set to return as Detective Benoit Blanc in two sequels to Rian Johnson's 2019 whodunnit after Netflix bosses agreed a big-money deal for the rights, hinted that he could play the sleuth for years to come.

Speaking at a "BAFTA: A Life In Pictures" event, Daniel said, "I talked to Rian the other day; we've got this crazy deal with Netflix, that's great. I said, 'What's beyond that?'; he said, 'Do you want to do another one?' And I was like, 'Yeah, if you will.' "

"As long as we get the ideas, we'll figure it out; and as long as we're excited by it, and think other people will be excited about it, we'll keep doing it."

Daniel kept quiet about "Knives Out 2" but did confirm that it will involve Blanc taking on a different case from the first film. He said, "It's a Benoit Blanc mystery but it's different."

The actor also revealed that he is "involved" in discussions with the director about who joins him in the cast for each movie - with the new flick also set to star Dave Bautista, Kate Hudson and Leslie Odom Jr.

Daniel said, "Rian's really good at casting. I'm involved in the sense that we always talk about the process, and certainly where we go with the next one." However, the actor did confirm that work on a third movie will not be starting any time soon.

Daniel said, "We're a long way off doing that - we're throwing ideas around." 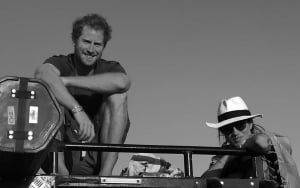 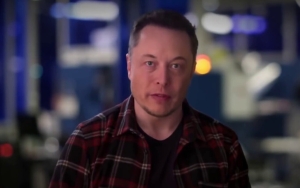