Three months after 'Keeping Up with the Kardashians' ended, the 40-year-old reality TV star takes to her Instagram account to hint at the start of production on her new Hulu show.

AceShowbiz - Kim Kardashian will be back on TV soon. Three months after "Keeping Up with the Kardashians" ended, the reality TV star takes to her Instagram account to hint at the start of production on her new Hulu show.

On Thursday, September 23, the 40-year-old star shared on Instagram Story a picture of a microphone pack. Alongside the picture, the SKIMS founder wrote, "Day 1." 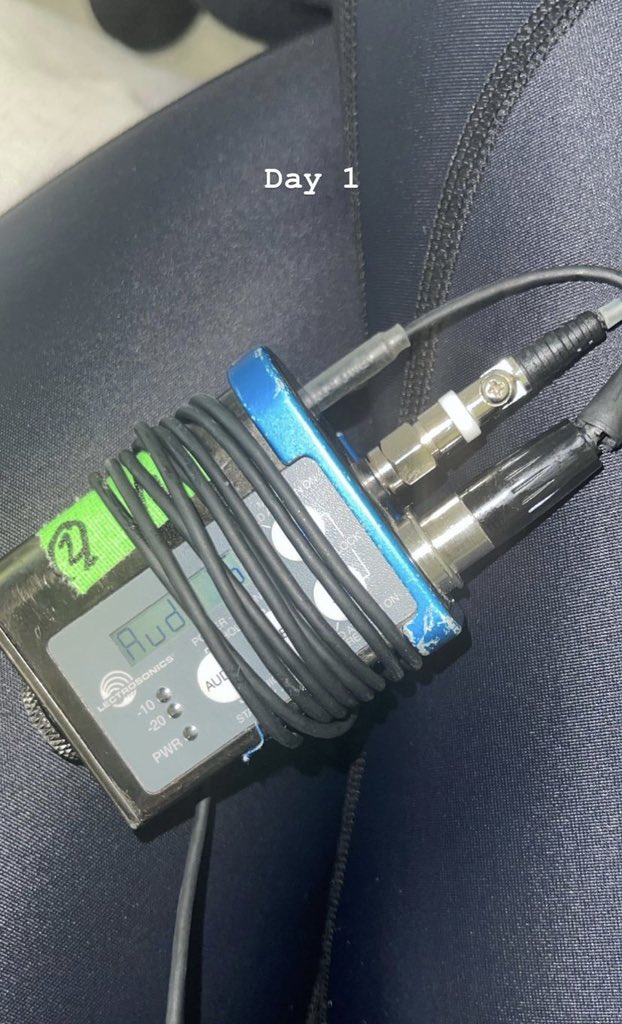 Kim Kardashian hinted at the beginning of production on new Hulu show.

While Kim didn't provide further details about the snap, it is safe to assume that she's now embarking on a new TV project because the pack is usually used for audio recording purposes on a film or television set. The caption might indicate that the picture was taken on the first day of the filming.

According to an announcement made at Disney's Investor Day last year, Kris, alongside daughters Kim, Khloe Kardashian, Kourtney Kardashian, Kendall Jenner and Kylie Jenner signed the multi-year deal to "create global content" that will be streamed exclusively on Hulu in the U.S. and in multiple territories on Star internationally.

"This is the next chapter. In the new show, you'll see us evolving as a family, fans want us to be who we are and since moment one, they've been emotionally invested in our show just like we are," Kris explained at the Disney Upfronts presentation in May. "The fans will love seeing us continue the journey. I can't say much about what's coming but spoiler, we're going to look fabulous and everyone's going to watch."

"KUWTK" ended after 20 seasons. At the time, Kim told fans, "To our amazing fans - It is with heavy hearts that we've made the difficult decision as a family to say goodbye to Keeping Up with the Kardashians."

She went on to say, "After what will be 14 years, 20 seasons, hundreds of episodes and numerous spin-off shows, we are beyond grateful to all of you who've watched us for all of these years - through the good times, the bad times, the happiness, the tears, and the many relationships and children. We'll forever cherish the wonderful memories and countless people we've met along the way."

'RHOA': Season 14 Cast Has Been Revealed - Find Out Who Are Returning and Promoted