In the picture, the 'Truth Hurts' hitmaker and the 'Bodak Yellow' raptress can be seen posing in front of each other with gossiping gestures as they flaunt their gold jewelry.

AceShowbiz - Lizzo got borderline NSFW in her recent social media post. While sharing a cover art of her and Cardi B's upcoming single "Rumors", the "Truth Hurts" hitmaker revealed a racy "fun fact" to her online devotees.

In the picture shared on Instagram on Wednesday, August 11, the "Good as Hell" singer and the wife of Offset could be seen posing in front of each other with gossiping gestures. The snap saw the femcee duo showing off their gold jewelry and nails.

In the caption, Lizzo divulged, "Fun fact: we took this picture right after cardi whispered, 'I want to eat yo p***y in my ear [several crying laughing emojis]." She then continued, " 'RUMORS' THIS FRIDAY YOU READY?"

Having caught wind of the post, Cardi took to the comment section and replied, "Lmmmmaaaoooo I wonder if the camera man caught that part." SZA, meanwhile, chimed in by exclaiming, "HURRYYY UPPPPPPPPPPPLPPPOP I can't take itttt."

This arrived just days after Lizzo teased her collaboration with Cardi. On Monday, August 9, the former shared on Instagram a video of her trying to Facetime someone whose contact name was "RUMORS' Feat....."

After waiting for a few moments, the expectant mom showed up on the screen, leading fans to speculate that she would be Lizzo's next collaborator. Lizzo captioned the footage, "GRAND RISING MUTHAF**KA*******…. GUESS WHOS HOPPIN ON 'RUMORS' W/ ME?!?"

Lizzo later confirmed that Cardi is indeed the artist who will be featured on her new track. Posting a close-up picture of her and the mother of one, she penned on Instagram, " 'RUMORS' feat @iamcardib THIS FRIDAY 8/13."

Cardi herself also let out the identical snap on her own page. In the accompaniment of the post, the 28-year-old hip-hop star noted, "all the rumors are truuuuue - me n my sis @lizzobeeating dropping this friday get ready."

Lizzo Hangs Out With 'BFF' BTS at Harry Styles' Concert in L.A. 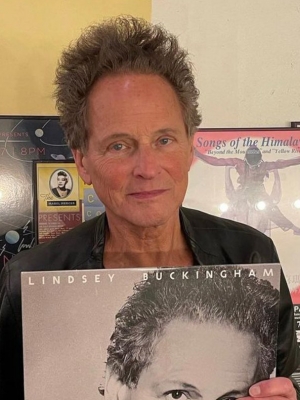