Sharing an update on her daughter Drew Hazel East's battle with 'bad ear infection and respiratory syncytial virus,' the former Olympic gymnast admits that she's had the 'hardest and most emotional days' of her life.

AceShowbiz - Shawn Johnson has offered an update on her daughter Drew Hazel East's latest health scare. Opening up that her nearly 2-year-old little girl is suffering from "bad ear infection," the former Olympic gymnast revealed that her daughter has been forced to isolate herself from her newborn brother.

"Baby girl update. She's now staying with Gramma and Grampa," the 29-year-old mom told her followers in an Instagram Story post on Thursday, July 29. The retired athlete continued to say, "Had some of the hardest and most emotional days of my life trying to take care of both my babies but isolating from Drew. I would just hear her cry for 'mama' and my soul would crush." 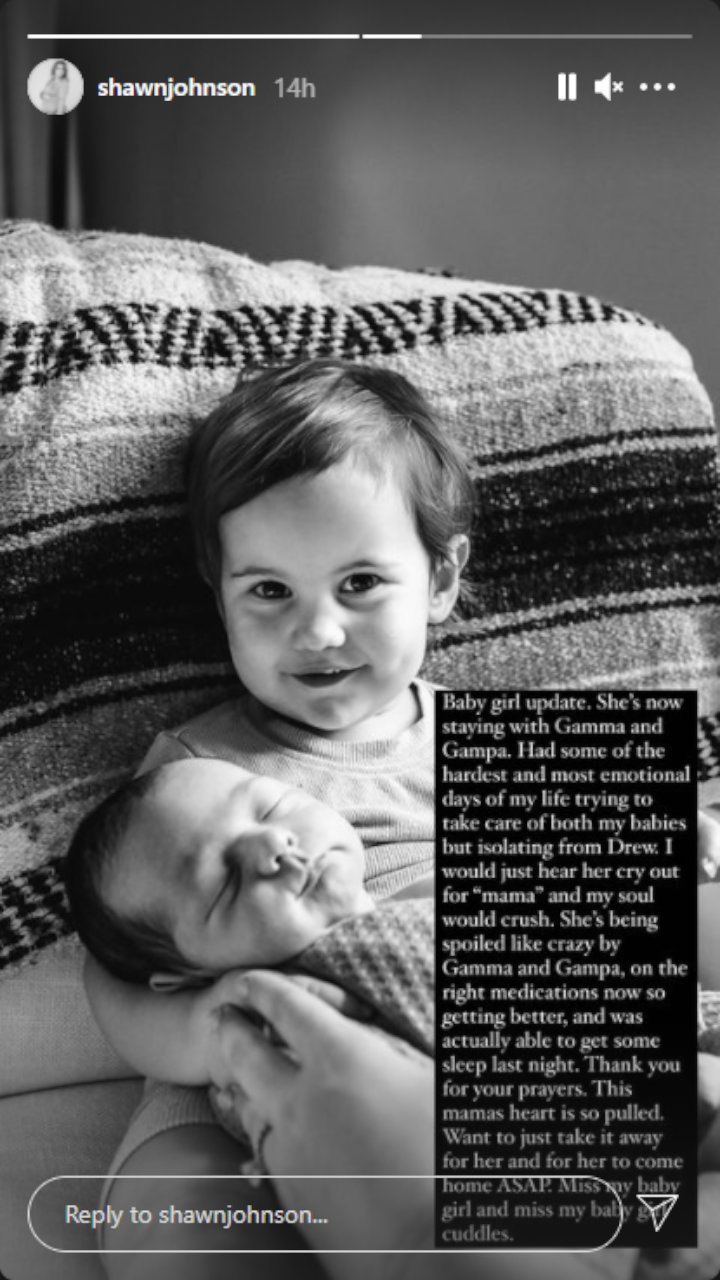 Shawn went on to add in her note, "[Drew]'s being spoiled like crazy by Gamma and Gampa, on the right medications now so getting better, and I was actually able to get some sleep last night."

The "Flip Side" author also thanked people for their continuous prayers, writing, "Thank you for your prayers." In the note accompanying a black-and-white photo of their children, Shawn went on expressing her feelings, "This mamas heart is so pulled. Want to just take it away for her and for her to come home ASAP." She then concluded her post by saying, "Miss my baby girl and miss my baby cuddles."

Shawn first opened up that her daughter Drew has been hit hard with an infection a day earlier. At the time, she turned to her Instagram Story to ask her fans and followers for their prayers. "Healing prayers to my baby girl pretty please. She's been hit hard with a bad ear infection and [respiratory syncytial virus]," she penned.

A day prior to revealing her daughter's diagnosis, Shawn, who married her husband Andrew East in 2016, let out the very first glimpse at her second child. A week after giving birth to her baby boy, the mom of two posted a series of black-and-white photos of her son. In one image, her 21-month-old daughter could be seen posing with her newborn brother and appearing to already be enjoying her role as a big sister.

Pregnant Shawn Johnson 'So Shocked' When Finding Out Gender of Baby No. 2

Pregnant Shawn Johnson on Testing Positive for COVID-19: My Body Is Exhausted