The fitness expert, who shares six children with her actor husband Alec Baldwin, uploads a selfie with her youngest daughter Maria Lucia while clapping back at the haters.

AceShowbiz - Hilaria Baldwin has set aside time to clap back at trolls. Upon hearing claims suggesting that she's not her children's biological mother because of their different skin tone, the wife of Alec Baldwin insisted that the kids are all hers.

The 37-year-old shut down the rumors via Instagram Story on Wednesday, July 21. Sharing a selfie with her youngest daughter Lucia, she penned, "I know.. I know, sleuths.. my skin is darker and my kids' is lighter. Yes, they are mine. Trying to keep up with all these ideas... I have to say: you have quite a bit of time on your hands." 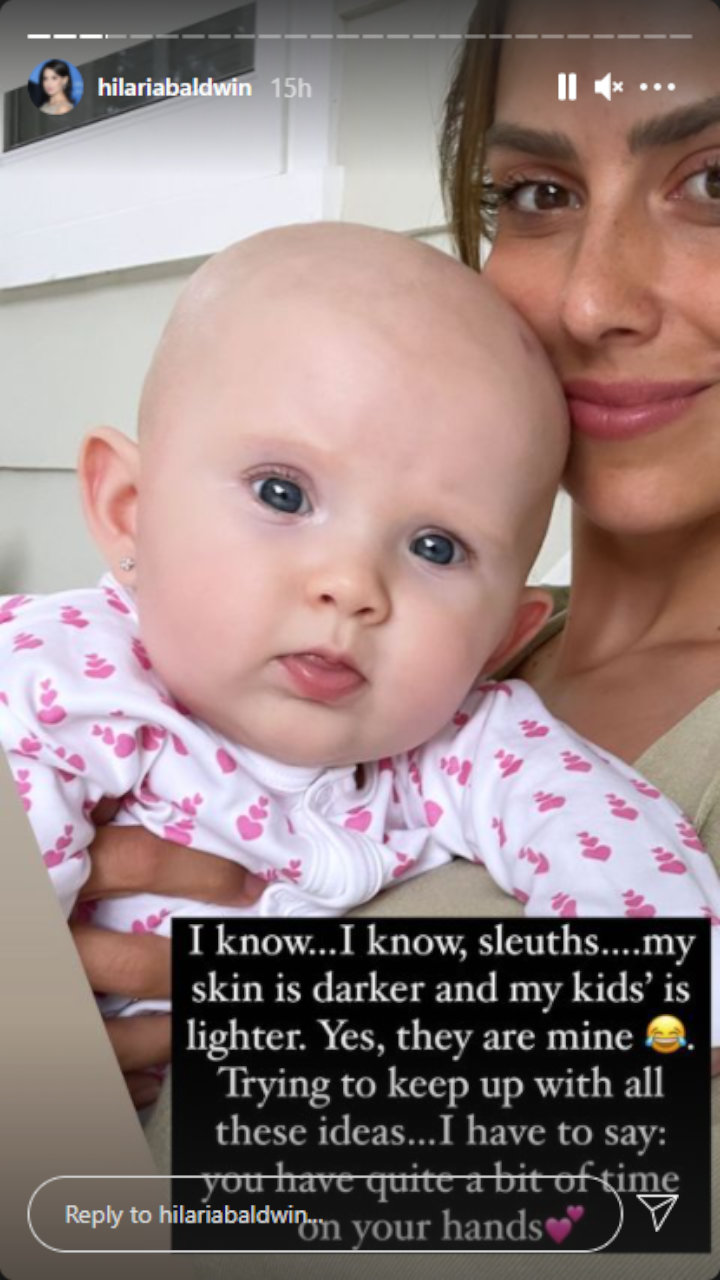 The married couple welcomed Lucia back in March. However, not all were pleased with the news. After they confirmed the baby's arrival on Instagram, one critic wrote in the comment section, "Yikes." Noticing the rude remark, the "30 Rock" alum replied, "I believe that people should simply say 'Congratulations' or just shut the f**k up. That's it."

Days later, Alec's wife Hilaria confirmed that they welcomed baby Lucia via surrogate. "Many of you may remember the loss of their sister at 4 months in the end of 2019. There isn't a day that goes by where we don't ache for our daughter," she explained on Instagram alongside a photo of her fifth baby Edu and the new baby girl. "When I found out our baby had died, I told our children that their sister was going to come, just not at that time."