After rumor emerged that 'The Morning Show' star may have been dating Halle Berry's ex, another report begs to differ, stating that the actress' alleged new man is not whom people think he is.

AceShowbiz - Jennifer Aniston and Gabriel Aubry shippers may want to save their energy. The Rachel Green of "Friends" was recently rumored to be dating the Canadian model, but another report has debunked it.

Deuxmoi has responded to a person's inquiry about the status of Jennifer and Gabriel's relationship. Having done its own research, the entertainment news account claimed to have learned a different story about the actress' alleged new boyfriend.

"Yeah, idk about this one. He was definitely NOT who I heard her being with," the outlet responded to the question. It went on stressing, "I asked someone about this and they were skeptical." 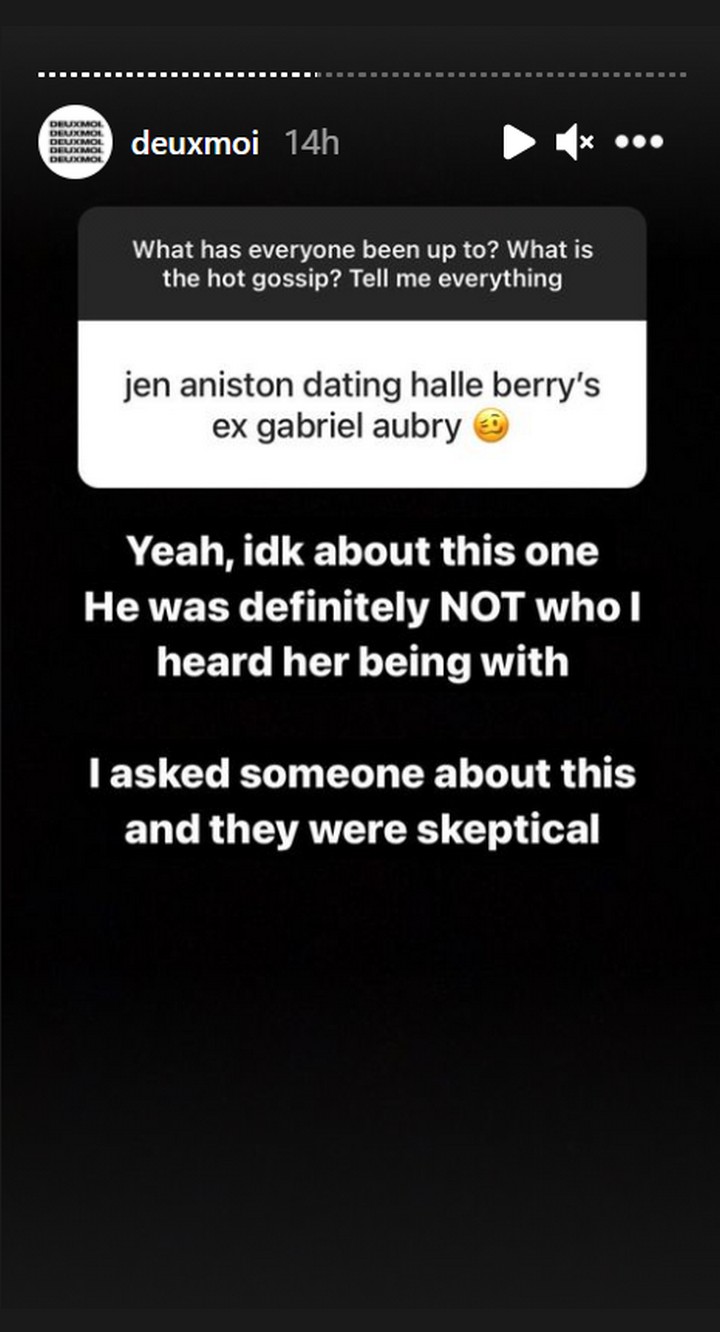 When another person asked about a possible romance between Jennifer and David Schwimmer, her former co-star and love interest on "Friends", Deuxmoi once again shut down the speculation. "Sorry to burst your bubble but Schwim is surfing Raya and cruising American Bar," so the account posted on its Story of the 54-year-old actor/filmmaker.

The account also repeated its previous claim that Jen's alleged new boyfriend is not whom people may think he is. "Jenny An is on the west coast hanging out with a dude who is NOT Gabriel Aubry," it added. 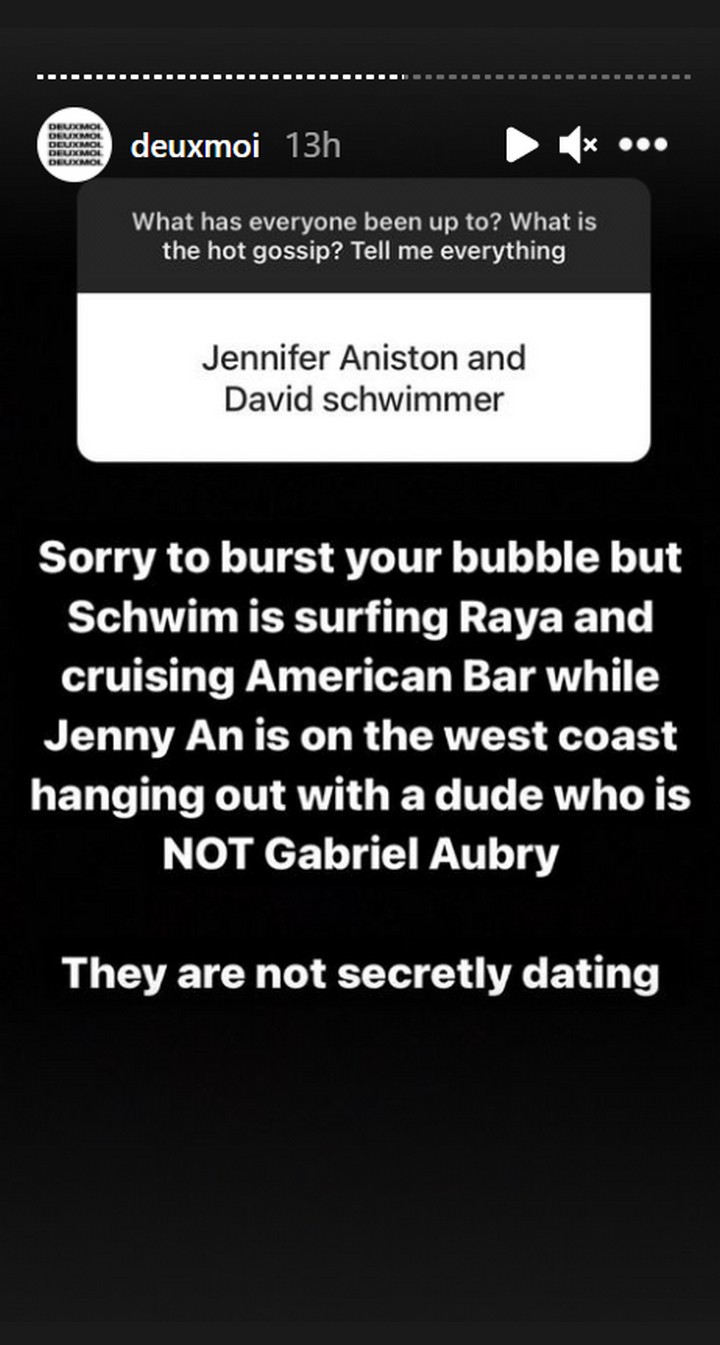 It is reported that Jen is seeing a man who is not the Canadian model.

It was Us Magazine which allegedly first reported of Jen's possible romantic relationship with Gabriel. "Jen is so happy to be having fun again, but she's doing things differently this time around," a source told the tabloid, as quoted by Celebitchy. "What's most important to her right now is enjoying herself on a spontaneous level - and that applies to every aspect of her life."

It's unclear when and how the 52-year-old actress and the 44-year-old model started connecting, but the source dished on why they allegedly clicked with each other. "Jen likes that she can enjoy herself free of judgement or expectation," the source continued. "That's why Gabriel is great for her. He's a laid-back and sensitive guy who's not going to blab about things and Jen can feel safe knowing that what happens behind closed doors will stay private."

The same source went on noting that Jen wanted to keep her relationship under the radar this time, reasoning, "It bugged her if people thought she was lonely or generally lurching from one ill-fated relationship to the other… so instead of putting herself out there and going public like she did with ex-boyfriends like Vince Vaughn or John Mayer, she's now decided to keep her dates low-key and under the radar."

Neither Jennifer nor Gabriel has responded to the dating rumors.