AceShowbiz - Nick Cannon is embracing fatherhood. Being a father of seven from four different women, the multi-talented star has shown that he's able to spend his time with his children despite his busy schedule.

Taking to his Instagram Stories, the 40-year-old rapper/actor/comedian shared intimate photos of his quality time with four of his kids. In one of the pictures, he was seen carrying Powerful Queen, his daughter with his ex Brittany Bell.

"Flying kites with my kids is the most euphoric and joyful experiences of life!!" so he captioned the image. His son Golden, whom he also shares with the model, joined him and his sister at the park while they enjoyed kite piloting.

Another outtake from the outing shows his mother Beth Gardner swaying back and forth in a swing next to him, with his daughter Powerful still safely attached to his chest. "Momma about to turn 80 and she still out here playing on swings! True happiness!!" he gushed about the moment.

Nick also took the moment to introduce his youngest child, Zen, whom he welcomed with model Alyssa Scott on June 23. Posting a close-up look at the 4-week-old baby, he proudly wrote over it, "Introducing Zen Scott Cannon," before unveiling the baby's cute nickname "Z Chillin." 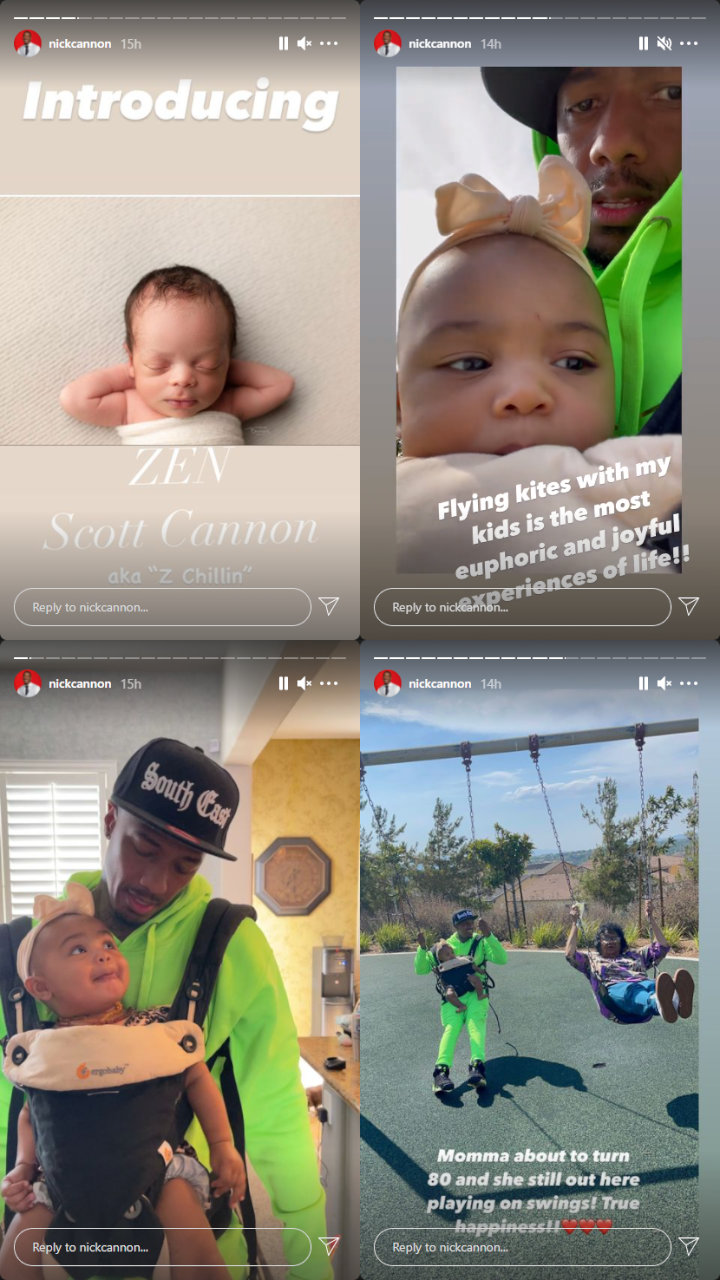 Nick Cannon shared photos of his time with his children.
See also...

Another shot captures the moment four of his seven kids bonded together. In the said image, his eldest children, 10-year-old twins Moroccan and Monroe, whom he shares with ex-wife Mariah Carey, are seen hanging out in bed. "The Gang! Its Ncredible!" Nick captioned it.

Another snap shows Monroe holding and sweetly gazing at her baby sister Powerful Queen. He gushed over it, "Sisterly love," adding some pink hearts. The former "America's Got Talent" host also uploaded some pictures of him taking his son Moroccan to a what appears to be a magic show. 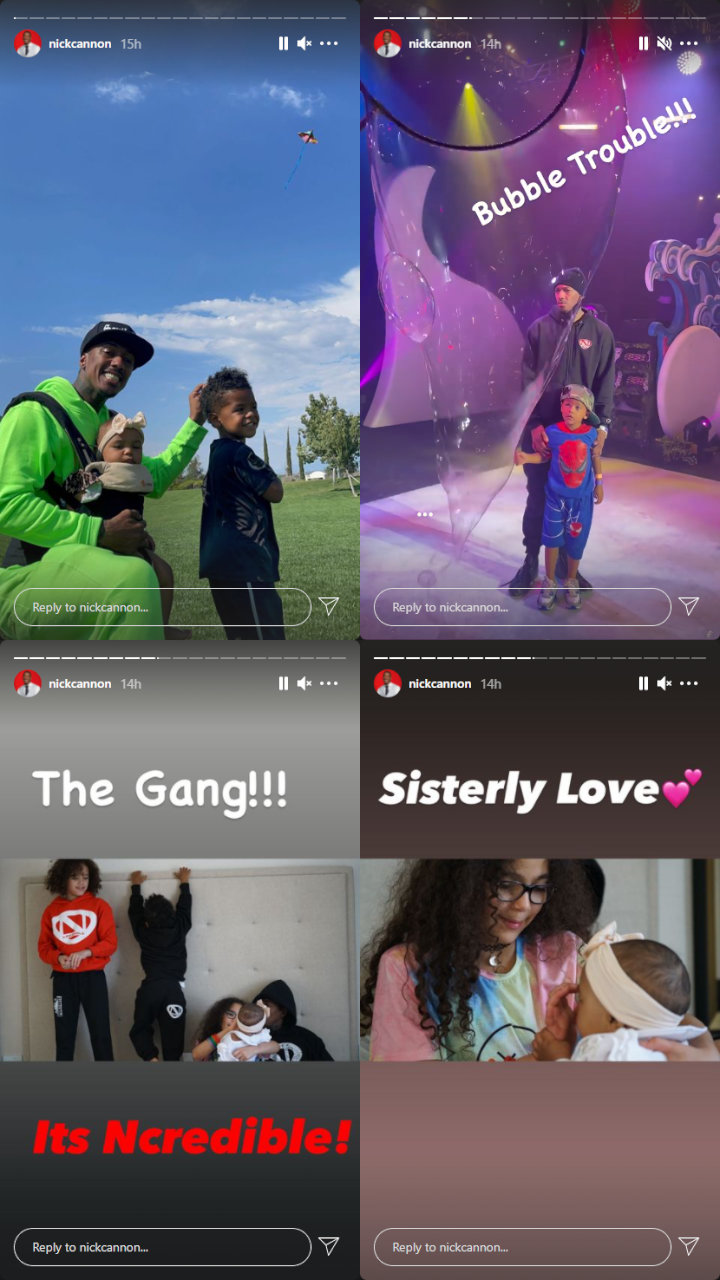 The father of seven bonded with four of his kids.

Not forgetting his twins with Abby De La Rosa, Zion Mixolydian and Zillion Heir, Nick shared behind-the-scenes footage from the babies' photoshoot, during which he literally got his hands on. In the clip, the "Gigolo" spitter excitedly put on a headphone on one of the babies' head while they were sound asleep in bed.

Nick previously defended himself for expanding his rapidly growing offspring after welcoming four children within just a year. "I'm having these kids on purpose," Nick explained on his Power 106 Los Angeles radio show earlier this month. "I don't have no accident!"

He also fought back the narrative that he got everyone pregnant. "Trust me there's a lot of people that I could've gotten pregnant that I didn't," so "The Masked Singer" host insisted. "The ones that got pregnant are the ones that were supposed to get pregnant."

Fans Think August Alsina Is Dying as He Hints at Retirement