The 'What That Speed Bout!?' raptress appreciates it that the security lets her fan rap her song without being interrupted in a department store in New York City.

AceShowbiz - Nicki Minaj surely loves her stans, but she also appreciates those who respect her fans. The "Anaconda" raptress has let everyone know that she's grateful after a security let a barb perform her song in a mall.

The Trinidadian-born rapper responded after the fan posted on TikTok a video of her rapping "Whole Lotta Money", in which Nicki is featured, in a designer fashion store in what appears to be a mall somewhere in NYC. Noticing this, the guard approached the performer, but did little effort to stop her.

In the clip, the security told the fan, who uses @zhachanel2 on TikTok, and their photog that they can't be "doing that" in here. He, however, then turned away and threw his hands up, letting her continue.

Nicki then reposted the video on her Instagram account. "WUSSUP YALL it's the security guard sayin 'y'all can't do that in here' while walking AWAY from the festivities chile I am TIDE," she wrote in the caption, finding it hilarious.

She continued, "got ppl thinkin my sis hoppin off the escalator performing @ the mall. mad ppl went home & was like yooooo why dat girl bia was @ the mall performing that song she got wit nicki why the girl @ the end runnin like det?"

Not stopping there, Nicki announced that he's seeking the security to reward him. "Someone tell the security guard in that video I posted that I'm lookin for him," she added on her Story. "I wanna send him a gift for being such a sweetheart to one of my babies." 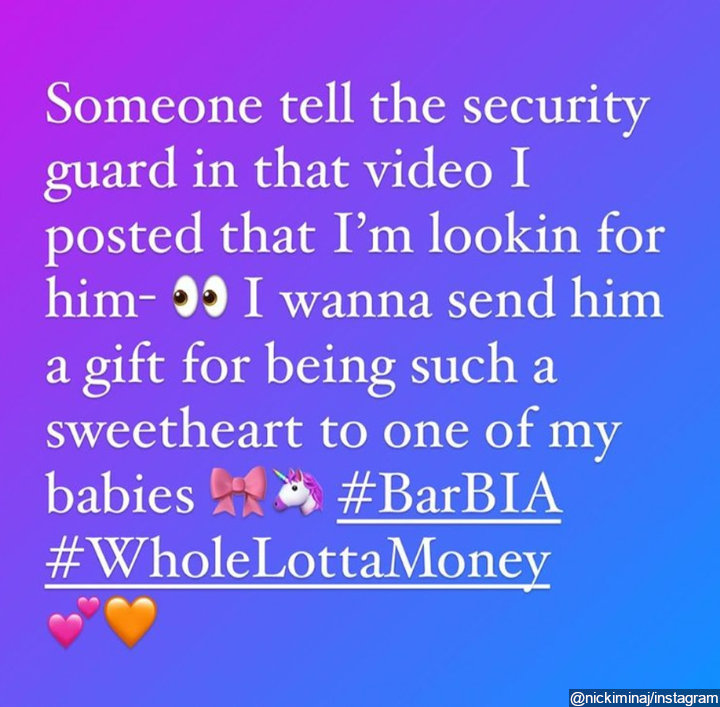 Nicki Minaj seeks a mall security to reward him.

The said security has not been identified, but with her massive fanbase, it will likely take no time for Nicki to finally be able to reach out to him and show her gratitude for his kindness to her fan. 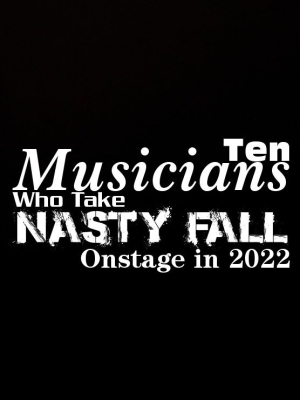