Safaree is the one who first announces the arrival of their baby son as the 'Love and Hip Hop: Hollywood' star takes to Instagram to share a picture of him holding his newborn.

AceShowbiz - Erica Mena is officially a mother of three. The reality TV star welcomed her third child on Monday, June 28. The newborn baby is the second child that Erica shares with her estranged husband Safaree Samuels, whom she filed divorce for earlier this year.

Safaree was the one who first announced the arrival of their baby son. The "Love & Hip Hop: Hollywood" star took to his Instagram account to share a picture of him holding his newborn while he looked at him lovingly. "MR Straittt jr is here!!" so he wrote in the caption.

He also shared another snap on his Instagram story. The picture featured his newborn baby boy's tiny hand gripping his finger. "Another me... that's all the world needed," the proud father wrote over the snap. 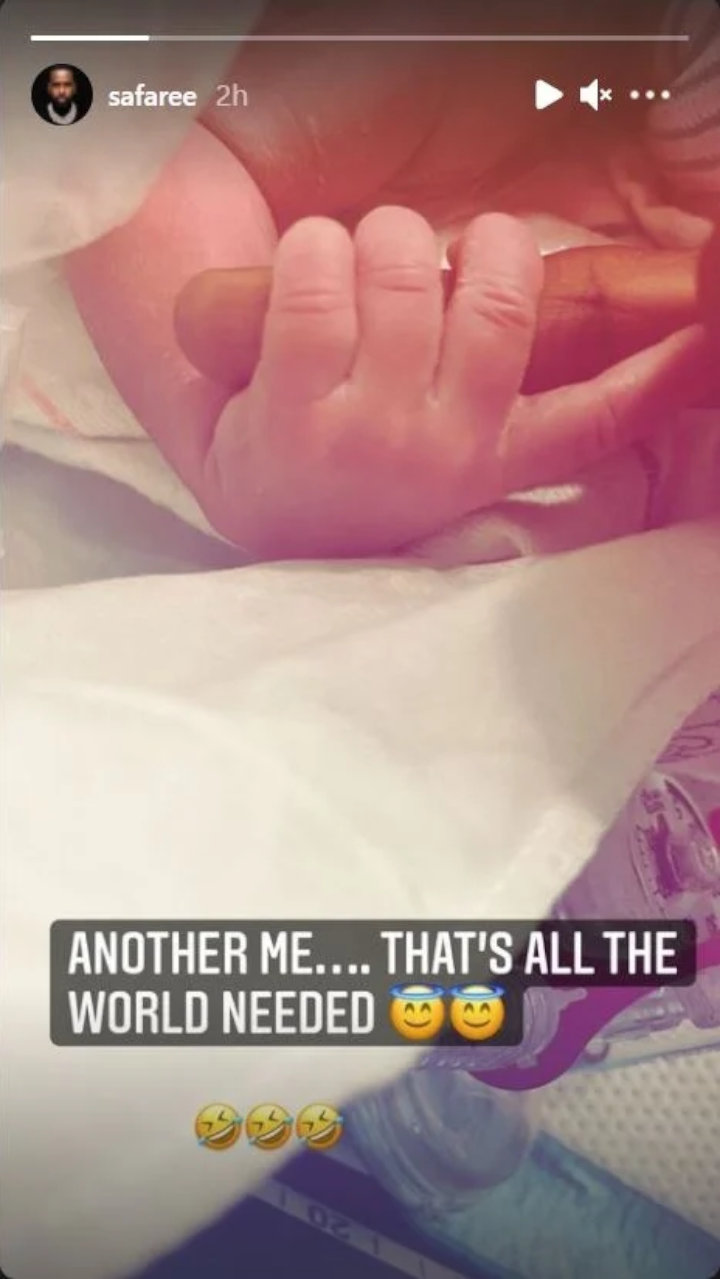 Safaree Samuels shared a sweet pic of his newborn son.

Erica filed for divorce from Safaree on May 21. She stated in the court documents that she and the rapper, whom she married to in September 2019, are living in a "bona fide state of separation." She also claimed that their marriage is "irretrievably broken" with "no hope of reconciliation."

The 33-year-old social media personality requested primary physical and joint legal custody of their 17-month-old daughter, Safire Majesty Samuels. She also sought child support and "permanent exclusive use" of the home they share. Safaree then fired back at Erica in a June 4 filing. He stated he wanted joint custody.

Amid reports that he impregnates a woman, Erica accused Safaree of causing her a pregnancy complication. In court documents, the former model/video vixen claimed that Safaree "failed to be involved in her care or to visit her at the hospital during her most recent stay, where she remained overnight for many days related to her pregnancy."

She also believed that Safaree's request for a joint custody of their children is only for "obtaining 'good publicity' and painting [Erica] as the instigator, while in actuality, [Erica's] the only parent ensuring the parties' children's safety and acting in their best interest." She also revealed that she decided to ban him from being present in the delivery room when she gives birth.