Of her 'offensive' picture, which was taken in 2008 for a TV show in Namibia, the girlfriend of the 'Man of Steel' actor explains that it was a 'part of an initiation ceremony and an acceptance' into the culture.

AceShowbiz - Henry Cavill's girlfriend Natalie Viscuso is regretting her old "offensive" photo. After her blacked-up picture, which was taken over a decade ago, resurfaced online, the Hollywood producer has apologized publicly.

"Firstly, I'd like to say that I'm sorry if this image surfacing has caused any offense. It is a photo from 2008 for a TV show in Namibia," the 31-year-old told DailyMail.com on Friday, June 18. She explained further that she wasn't the one who colored up her skin and it was a part of a cultural ceremony, saying, "The tribe I was living with painted my skin as part of an initiation ceremony and an acceptance into their culture." 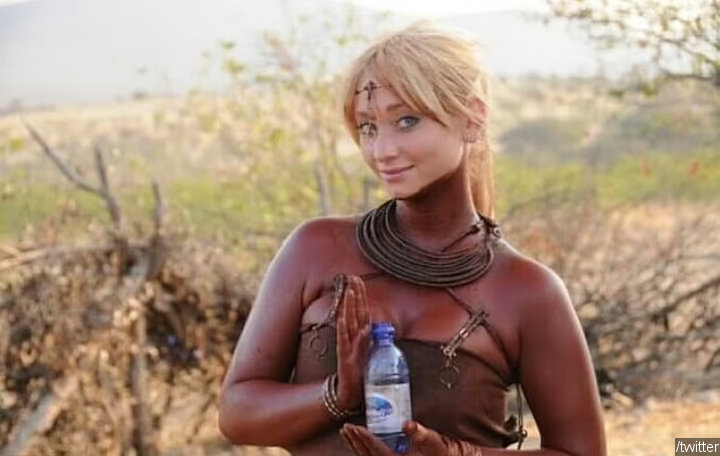 Natalie continued, "Never in a million years did I think that this would be offensive, in fact, I felt honored that they would initiate me." The girlfriend of "The Witcher" star went on to say, "However, with the lessons that we are all learning in today's climate, it is important that I recognize that this is potentially hurtful. My deepest and most sincere apologies."

Natalie's public apology came after a Change.Org petition was created days prior to force Netflix to drop Henry for associating with her. In its caption, the campaign's founder claimed that "the N word is casually used by her group of friends." The note continued, "If Henry Cavill can associate with this bunch, it means his beliefs are not far off. He himself claims that the people you keep around are a reflection of yourself." 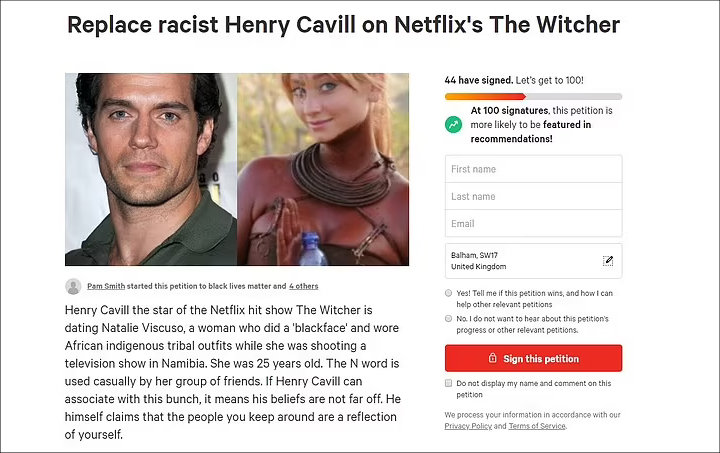 A Change.Org petition was created to force Netflix to drop Henry Cavill.

The final section of the petition bio read, "I feel Henry Cavill should go to school and learn about racism. His blatant disrespect for the Black community should not be tolerated. Please join hands with me in signing this petition if you feel the same." The author went on to conclude, "I request Netflix for his removal from the show with immediate effect."

Responding to the petition, an industry insider branded the campaign to remove Henry from his role on "The Witcher" as "cancel culture gone mad." The source said, "It feels very extreme to punish Cavill for something his girlfriend did 13 years before they even met. It's likely Viscuso's actions were led by a TV director and all very innocent at the time. She would have been following orders." The insider added, "Obviously it hasn't aged well, but to remove her boyfriend from a huge TV series as a result is cancel culture gone mad."