The 'Playing Games' singer vows there will be no more 'pictures, hugs, casual chats, autographs' with her fans after she is called out over her concerningly skinny-looking baby.

AceShowbiz - Summer Walker's fans might have been the only ones standing up for her amid her numerous antics, but she has even cut them off now. The singer isn't taking criticism, not even from her devotees, when it comes to how she raises her child.

On Wednesday, May 26, some people grew weary after the new mom posted a photo of her posing with her baby daughter. In the image, she wore nothing but a black bra and nude-colored panties, while holding her daughter, who was drinking from a milk bottle, with her face covered by a sticker.

However, it's her baby's weight that caught people's attention the most as the little girl seems to be a little too skinny for a 3-month-old infant. Connecting it to her other recent photo which saw a milk bottle among organic ingredients like honey and hemp seeds, some were worried that she doesn't feed her baby properly.

"Yea.. that doesn't look right at all. Hopefully cps steps in," one person reacted to the photo of her baby. "Lord knows what she's giving that baby." Another chimed in, "Um okay weird title." A third one opined, "Look at the legs all bones... probably feeding her organic stuff smh. She probably feeding this baby , lemon juice or raw honey with hemp seeds or something."

"The baby does look underweight," a fourth commenter pointed out. "Either the baby's not getting the nourishment she needs or maybe she has an illness. I don't know, but I hope she is okay." Echoing the sentiment, someone added, "That's not normal for a 3 month old baby to be nothing but bones. Unless she was a premature baby. Even then, she's been out long enough to put on the necessary weight."

"Even the baby bony arm don't look right," another claimed. Noticing the baby's small arms and legs too, someone else wrote, "I was gonna say she could just be a small a baby but the little one's thighs are tiny. Knowing that Summer is ignorant af it's hard not to think something is wrong here." Another asked Child Protective Services to be involved to inspect Summer's baby, writing, "Normalize calling CPS on these celebrities :( WTF."

Seemingly catching wind of these comments, Summer latter clapped back by vowing to distance herself from her fans. She promised that there will be no more "pictures, hugs, casual chats, autographs" with her fans, calling "Deadianna" on her Instagram Story.

On another post, the 25-year-old declared she got her "Diva mode activated." Borrowing Nicki Minaj's lyrics, she additionally wrote, "Keep a couple wet wipes in case a bum try to touch me, ew." 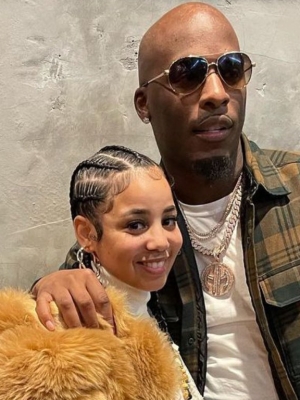