The former Little Mix member gets candid about her decision to leave the girl group, claiming she felt 'enormous pressure' for being constantly compared to her bandmates.

AceShowbiz - Former Little Mix star Jesy Nelson has discovered she has an ally in Liam Payne should her life after band fame prove difficult.

The 29-year-old singer, who is now embarking on a solo career, reveals the One Direction star was one of the first people to reach out to her after she announced she was leaving the girl group at the end of 2020.

"A few band members have reached out to me," she said. "Liam Payne from One Direction was one of them. He actually sent me a really nice message, just basically saying, if I ever wanted to talk, he's always here, which was really lovely."

Nelson quit the girl group to focus on a series of personal mental health issues and, in a new interview with Cosmopolitan, she opens up a little more about her decision, recalling her breaking point came on the set of the band's music video for its 2020 single, "Sweet Melody".

"On the day of the Sweet Melody video I had a panic attack on set, because I didn't look how I wanted to look and I found it so hard to just be happy and enjoy myself. I was sobbing in the dressing room," she shared.

"Someone really close to me said, 'This has got to stop. You can't keep doing this to yourself. You're going to end up where you were before.' "

"For me, that was the pinnacle point. I was like, 'I need to start taking care of myself now because this isn't healthy.' It wasn't nice for the other three to be around someone who didn't want to be there. So I took a break."

And when she finally decided to walk away from Little Mix for good, Nelson recalls feeling a huge wave of relief.

"It was a mix of emotions," she explained. "I was sad, but at the same time, mentally, I felt free and like a massive weight had been lifted off my shoulders because for me, I felt an enormous amount of pressure being in a girl group."

"The hardest part about being in a girl group for me, was constantly being compared to three other girls and not feeling as though I was good enough."

Nelson was recently spotted in the recording studio working on new solo material and reports suggest a handful of top labels are fighting to land her as an artist. 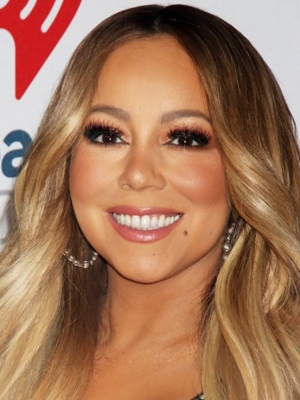