The 36-year-old Los Angeles Lakers superstar explains the reason why he deletes the controversial post, stressing that he is 'desperate for more ACCOUNTABILITY.'

AceShowbiz - LeBron James has reacted to backlash over his controversial tweet. Having found himself landing in hot water for sharing a since-deleted post targeting a police officer who killed a black teenage girl, the Los Angeles Lakers superstar offered his clarification.

"I'm so damn tired of seeing Black people killed by police. I took the tweet down because its being used to create more hate -This isn't about one officer. it's about the entire system and they always use our words to create more racism," the 36-year-old wrote on Twitter on Wednesday, April 21. "I am so desperate for more ACCOUNTABILITY."

A few minutes prior, James put out a tweet that read, "ANGER does any of us any good and that includes myself! Gathering all the facts and educating does though! My anger still is here for what happened that lil girl." He added, "My sympathy for her family and may justice prevail!" 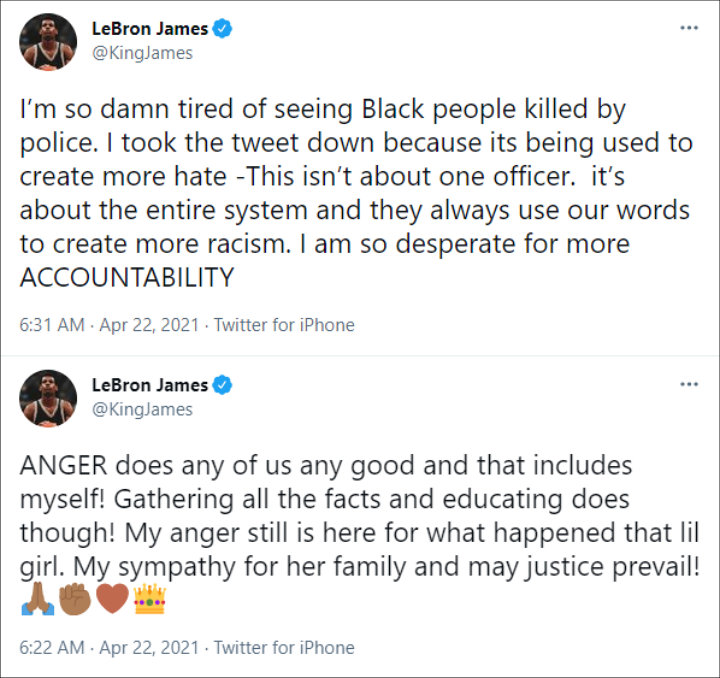 These came after James shared a now-deleted post featuring a picture of Columbus police officer Nicholas Reardon, who shot 16-year-old Ma'Khia Bryant on Tuesday, April 20 as she was attacking another Black teen with a knife. Alongside the snap, the basketball player penned, "YOU'RE NEXT [hourglass emoji] #ACCOUNTABILITY." He appeared to refer to Derek Chauvin's verdict. Derek himself has been found guilty of George Floyd murder. 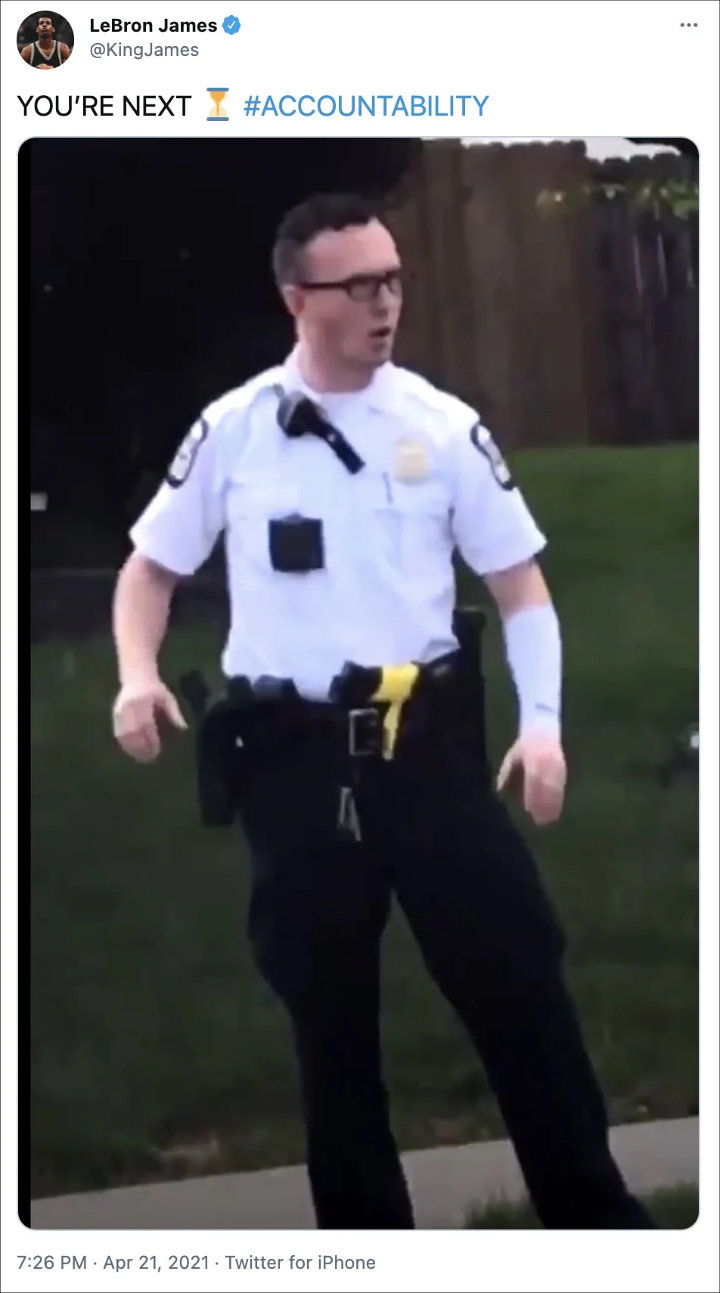 James has since drawn criticism from many. One in particular was Senator Tom Cotton who tweeted, "Lebron James is inciting violence against an Ohio police officer. This is disgraceful and dangerous. Is the NBA okay with this? Is Twitter?" MLB star Lenny Dykstra, meanwhile, argued on his page, "Hey, @nba, have you disciplined #LeBronJames for making a real and ongoing threat to the life of the brave officer in Columbus who prevented a knife attack from being even worse?"

Nick Carter Asks for Prayers to 'Protect Mommy and Baby'

Fans Think August Alsina Is Dying as He Hints at Retirement