The 'Lord of the Rings' actor and the 'Midnight Sun' star are involved in a back-and-forth after the latter appears to question Phoebe Waller-Bridge's casting in the upcoming Harrison Ford-starring movie.

AceShowbiz - Elijah Wood may not be involved in "Indiana Jones 5" ("Indiana Jones V") in any capacity, but he makes sure everyone knows that the project has got his full support. The actor has butted heads with Patrick Schwarzenegger to defend Phoebe Waller-Bridge's casting in the movie.

It all started with Schwarzenegger's apparent criticism over the addition of the "Fleabag" actress to the cast of the Harrison Ford-starring film. The son of actor and former California Governor Arnold Schwarzenegger wrote while retweeting the casting announcement, "I love Indiana Jones but just not sure about this."

Taking it as an offense, Wood challenged the 27-year-old to explain why he opposed to Waller-Bridge's casting. "not sure about what exactly? the mighty force of Phoebe Waller-Bridge? the brilliant James Mangold?" the Frodo Baggins of the "Lords of the Rings" film trilogy wrote back to the younger star.

Catching wind of Wood's clapback, Schwarzenegger simply wrote, "Another film!" The "Midnight Sun" star seemingly wanted to clarify that he takes issue with the idea of making another "Indiana Jones" installment instead of with the talents billed for the movie.

Wood seemingly accepted Schwarzenegger's explanation. "haha. fair!" he tweeted in reply, though he still keeps his hopes high for the upcoming movie as he added, "a chance for redemption is hopeful". 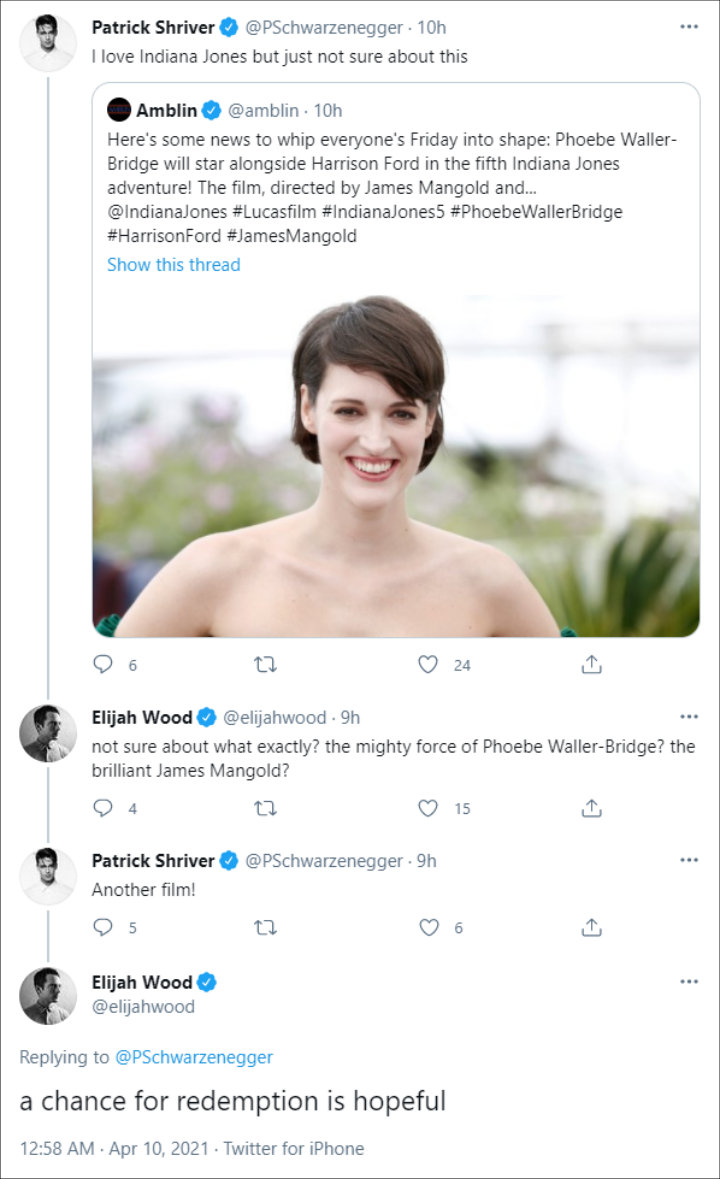 On Friday, April 9, Amblin Entertainment announced that Waller-Bridge would star in the untitled fifth "Indiana Jones" movie that will bring Ford back as the iconic archaeologist. "Logan" director James Mangold will take over the reins of the film series from Steven Spielberg, who will instead serve as a producer alongside longtime collaborator Frank Marshall and Lucasfilm President Kathleen Kennedy.

"I'm thrilled to be starting a new adventure, collaborating with a dream team of all-time great filmmakers," Mangold said in a statement confirming he's on board the project. "Steven, Harrison, Kathy, Frank, and John are all artistic heroes of mine. When you add Phoebe, a dazzling actor, brilliant creative voice and the chemistry she will undoubtedly bring to our set, I can't help but feel as lucky as Indiana Jones himself." 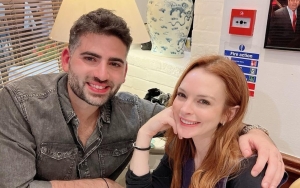