Playing along with the Internet jokes, the 'Law and Order: Organized Crime' actor reveals the secret to his seemingly plumpy derriere when he's spotted on the set of his new series.

AceShowbiz - Christopher Meloni has reacted to hilarious memes that were caused by his seemingly bootylicious bottom. The actor has gained a lot of attention since he began filming for his new series "Law & Order: Organized Crime", but one particular photo might upstage his return as Detective Elliot Stabler.

During a recent filming on location in New York City, the 60-year-old was photographed wearing fitted pants, teamed with a blue shirt and a navy jacket. When he engaged in a conversation with co-star Danielle Mone Truitt, a sneaky fan took his picture from behind.

In the said candid image, Christopher's derriere was seemingly accentuated as he appeared to be raising one of his legs, though it wasn't immediately obvious from a quick glance, making his bottom look unusually plumpier than ever.

According to Twitter user Peter Hess who posted the photo, it was initially shared in a "neighbourhood" Facebook group for local residents. "SVU is filming in park slope this week and someone in the neighborhood facebook group posted this photo of chris meloni," Peter tweeted. 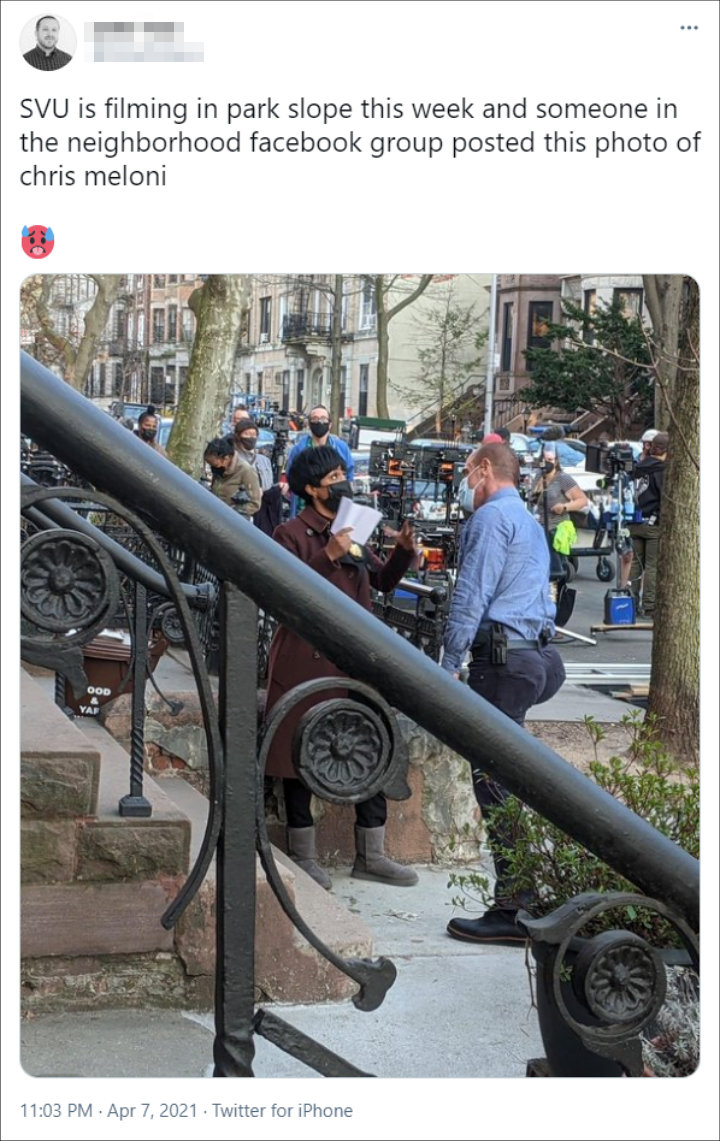 Christopher Meloni on the set of 'Law and Order: Organized Crime'
Editors' Pick

The photo has since sparked numerous memes and reactions on the blue-bird app, with one throwing a pun, "Law and Ardor: Special Thicctims Unit." The New York Times culture reporter David Itzkoff joked, "how do you think they make that donk-donk sound in each episode."

"Steve Rogers [Captain America] might have America's A**, but that right there is New York City's A**," a third user remarked. Another quipped, "Law and Order: Ass V-iew."

Someone else posted a hilarious GIF of Patrick from "SpongeBob SquarePants" with cartoonish buttocks while asking, "@Chris_Meloni you wanna explain why you have so much cake???" The tweet successfully caught the actor's attention as he responded with an equally hilarious tweet. "Sure- big birthday(60), big boy(200 lbs), big cake," he wrote back to the fan. 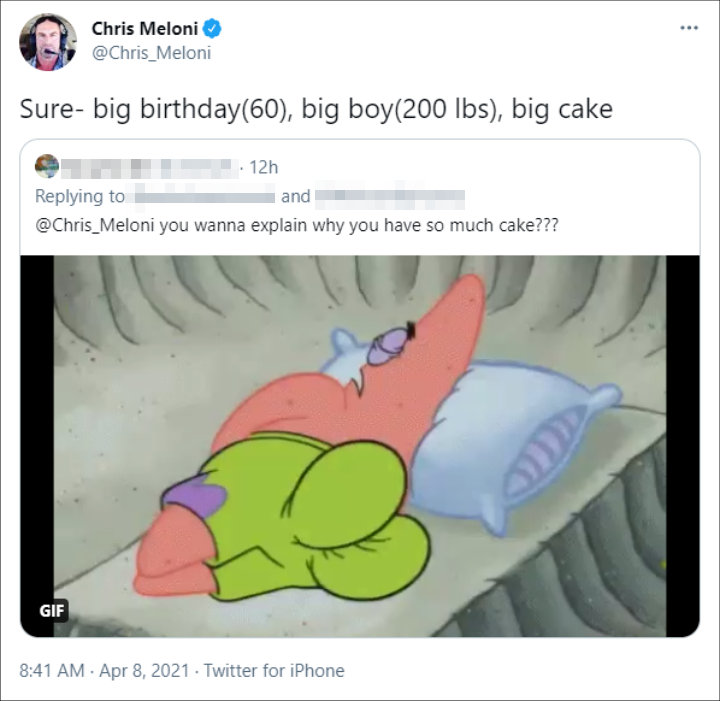 The actor hilariously responded to a meme of his thick posterior.