The 'Midnight Sun' actor appears to be making an effort to build a relationship with his father Arnold Schwarzenegger's love child as they were photographed spending time together in a rare public outing.

AceShowbiz - Patrick Schwarzenegger has been spotted having some bonding moment with his half-brother Joseph Baena. For the first time in 10 years, the "Midnight Sun" actor and the love child of Arnold Schwarzenegger were photographed having a workout session together in Santa Monica, California.

On Monday, April 5, the 27-year-old was spotted doing some cardio exercise by walking the steep stairs near the beach. He was joined by Joseph and the latter's Pepperdine graduate girlfriend, Nicki Dodaj. Making use of Instagram Story that same day, Nicki shared a picture of the famed wooden stairs. Seemingly hinting at the working out session, she added a caption that read, "LFG!" 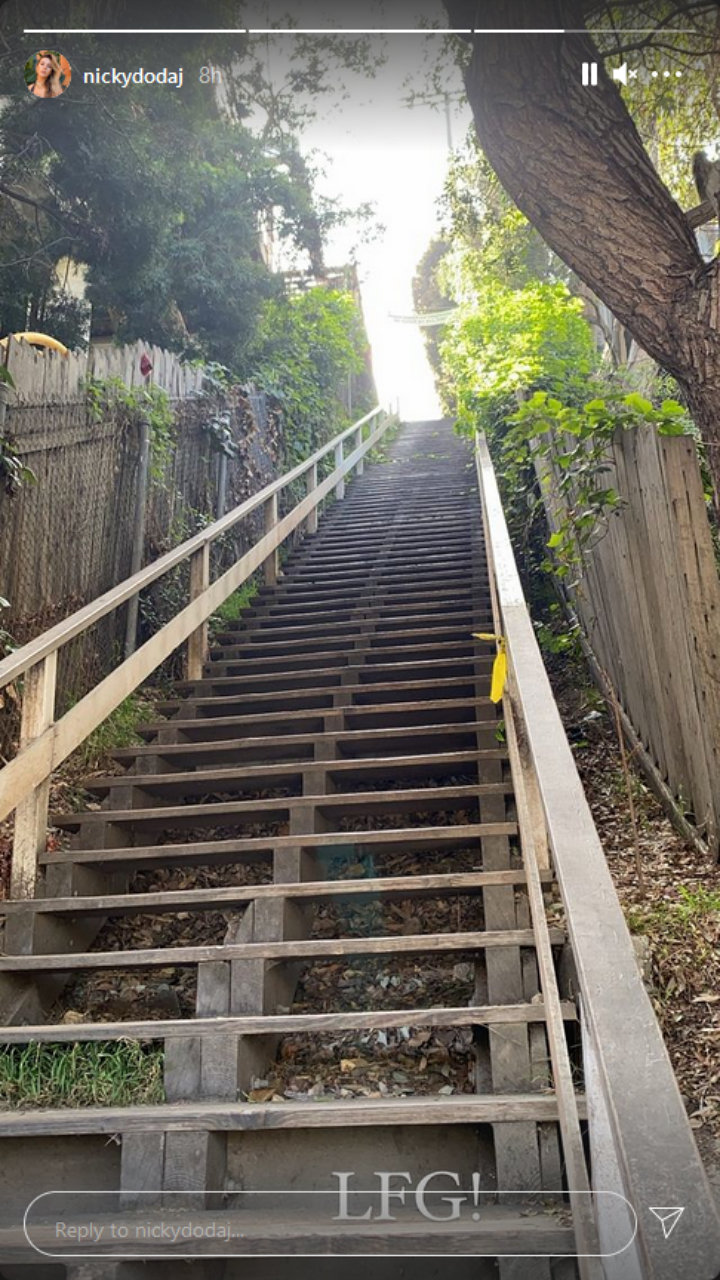 For the outing, Patrick was dressed in a long-sleeved navy shirt, blue shorts, and white compression tights, and Joseph was seen wearing a charcoal gray t-shirt that flaunted his buff bodybuilder muscles. Nicki, in the meantime, wore a black tank top and twisted her hair into a sort of bun style.

Patrick and Joseph have apparently come a long way to bond as brothers. Years earlier, when Joseph was unveiled as Arnold's child with Mildred Patricia Baena while being married to Maria Shriver, Patrick was so upset with his father that he decided to use his mother's maiden name, changing his Twitter name to Patrick Shriver.

"I love my family till death do us apart," Patrick tweeted at the time, adding lyrics from the hip hop group Fort Minor that read, "Some days you feel like s**t... some days you want to stop and just be normal for a bit." His older sister Katherine Schwarzenegger showed her support by tweeting, "This is certainly not easy but I appreciate your love and support as I begin to heal and move forward in life. I will always love my family!"

When Joseph's mother became pregnant, Mildred was working as the Schwarzeneggers' housekeeper. She had worked as a household employee for the past 20 years, until January 2011. When news emerged that Joseph was Arnold's son while he was in high school, the two moved to Bakersfield. Since then, he reportedly has had no contact with Arnold's other children.

Andy Cohen on Jen Shah's Arrest for Alleged Fraud: 'I'm Waiting to See How It Plays Out'