Jamie Spears is asking for over $3 million in legal fees from daughter Britney Spears as they continue to be embroiled in a court battle over her conservatorship.

According to the documents, obtained by Page Six, Jamie Spears is asking for more than $3 million (£2.2 million) in legal fees, so he can continue his fight with his daughter and her lawyers, who want him replaced.

A source tells the outlet, "Britney's inner circle feels it is an exorbitant amount of money to ask for, especially from someone who is not working at the moment and has stated that she has no plans to resume her career under her father's control."

"This Conservatorship has been the subject of increasingly intense media scrutiny both in traditional news media as well as on social media and also documentary films," the court documents read. "H&K (law firm Holland & Knight) has assisted Mr. Spears in dealing with domestic and global media matters relating to the Conservatorship in order to maintain the privacy of the Conservatee and for the protection of the Estate from inappropriate and/or unwarranted intrusion."

Jamie has overseen Britney's financial affairs and welfare issues since February 2008 when the conservatorship began following the singer's public breakdown.

Britney and her lawyers have made it clear they no longer want Jamie to be in control of her affairs, and are actively seeking to replace him with Jodi Montgomery, who temporarily stepped in for Spears when he fell ill in 2019. 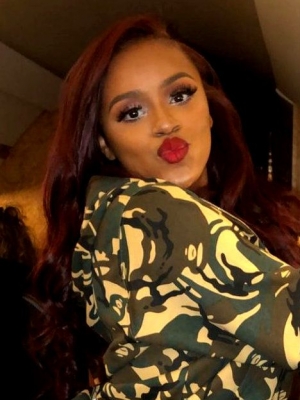 Yaya Mayweather Talks About Motherhood, Gushes Over Her Son With NBA YoungBoy