Speaking about his 'megalomaniac' part in the acclaimed new movie, the 'Alien 3' actor claims to be inspired by former President Donald Trump and media tycoon Rupert Murdoch.

AceShowbiz - Charles Dance jumped at the chance to be a glorified extra in David Fincher's acclaimed new movie "Mank".

The actor appeared in the director's first film, "Alien 3", and the pair has kept in touch over the years, but the Brit was still surprised when the moviemaker asked him to play newspaper tycoon William Randolph Hearst in his latest project, which explores the making of Hollywood classic "Citizen Kane".

Dance was delighted to work with Fincher again and admits he would have done anything on set.

"Out of the blue, I got this email saying he's making a film around the making of 'Citizen Kane', and how would I like to go over and play Hearst?" Charles tells The Daily Telegraph magazine. "He said, 'It's a glorified extra, but I'd love you to do it'. I read the script and thought it was a bit more than a glorified extra, more of a telling cameo, but I said, 'David, I would come and change light bulbs for you'."

"I read a couple of books, tried to get examples of his voice, (but) also thought about people of my generation, like Rupert Murdoch and - although he's considerably down the intellectual scale - Donald Trump. Hearst was an extraordinarily wealthy man, but he was a bit of a megalomaniac, and veered between being entertaining and charming and being a complete b**tard."

Fincher famously has exacting standards and shot most scenes dozens of times, with one lengthy dinner scene taking over 40 takes to perfect, which Charles admitted was "very hard" on lead actor Gary Oldman.

"It was very hard work for Gary, because wherever David was shooting, it was either on Gary or a reaction from one of us - so Gary, rightly but also generously, was just firing on all 12 cylinders [in every take]," he explains.

All the hard work paid off - "Mank" is not only a critical hit, it landed more Oscar nods than any other film when the Academy Awards nominations were announced last week, March 15.

Anne-Marie Says No to Botox Due to 'Extreme' Facial Expressions 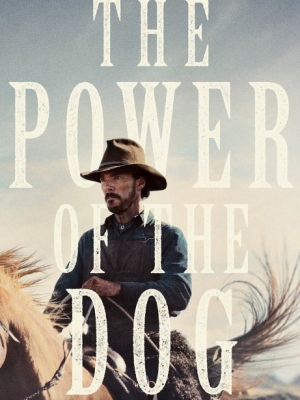 'Spider-Man: Across the Spider-Verse (Part One)' Debuts First Trailer