Just days after the top music promoter died at the age of 68, Victorian Premier Daniel Andrews announces plans to throw in a special farewell ceremony that is COVID-safe.

AceShowbiz - Top music promoter Michael Gudinski is set to be honored with a state funeral in his native Australia.

The industry mogul, who hailed from Melbourne, passed away on Monday, March 1, aged 68, and now Daniel Andrews, the Premier of Victoria, has announced plans to salute his legacy with a special farewell ceremony.

"It will be a celebration of his life; the details will be finalized in coming days," he said. "It's got to be COVID-safe of course, but I think we will be able to come together in an iconic venue and celebrate his life and the mark that he made and the legacy he leaves."

Shortly after the news of Gudinski's death hit headlines, Andrews took to Twitter to pay tribute, revealing he was a good friend.

"Few people - if any - have shaped the Australian music industry more than Michael Gudinski," he tweeted. "His was the beating heart of the Victorian scene, and his irrepressible spark entertained our state for 50 years. Treasured friend, Victorian legend - and a legacy that will last forever." 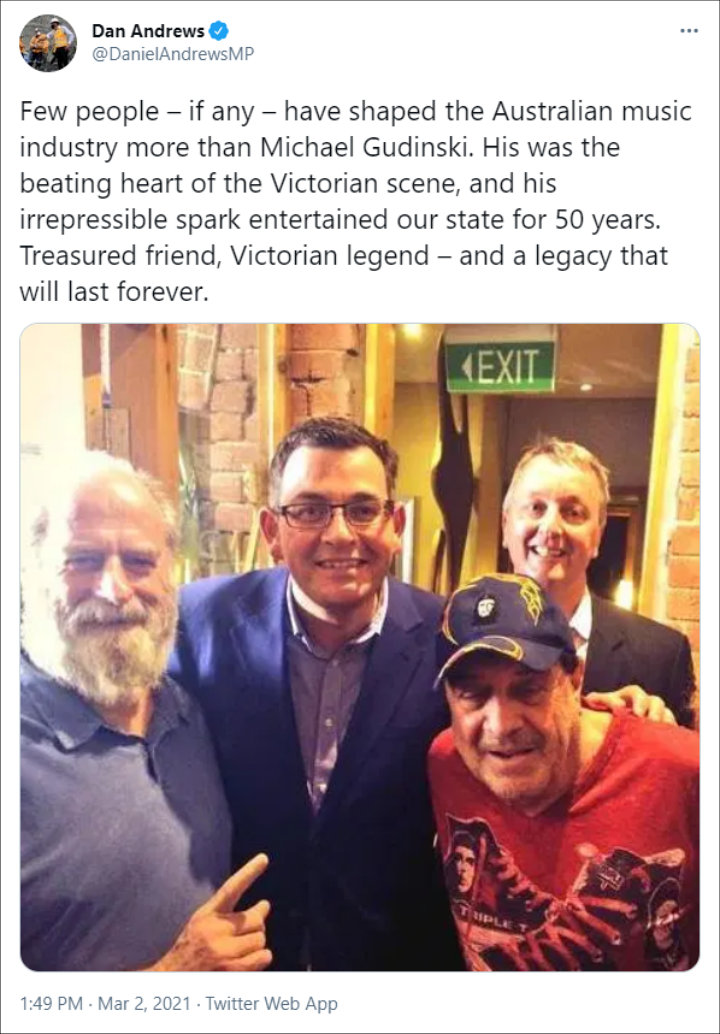 Gudinski was also fondly remembered by a host of musicians, including Bruce Springsteen, Ed Sheeran, Kylie Minogue and the Foo Fighters. Springsteen issued a lengthy tribute that partly read, "He will be remembered by artists, including this one, from all over the world every time they step foot on Australian soil." 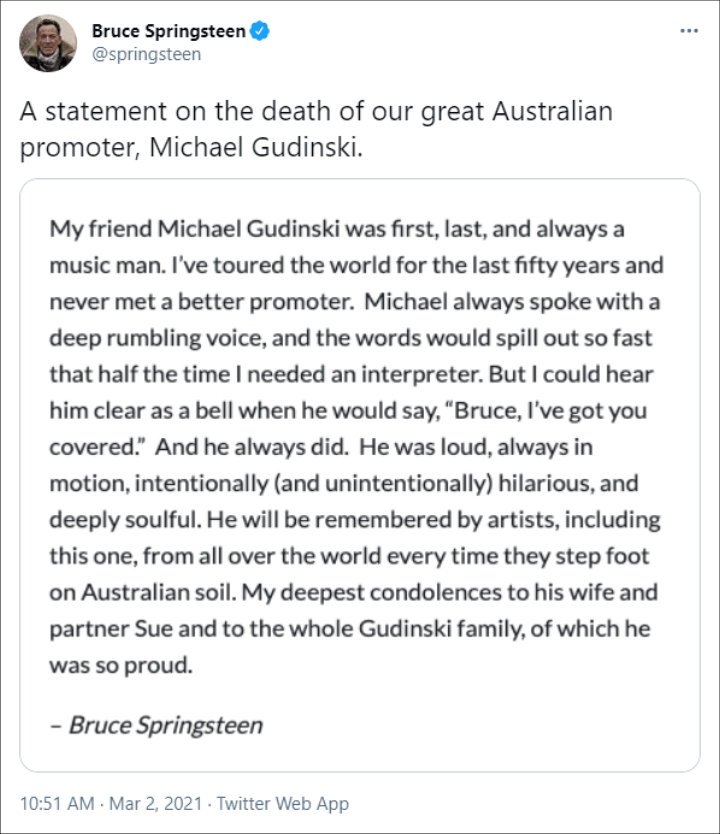 Sheeran, in the meantime, simply wrote in an Instagram post, "I'll miss you mate." Also expressing devastation over Gudinski's death, Minogue described him as "one of a kind and forever family to [her]," while Foo Fighters thanked him "for giving [them] and countless others the best night of [their] lives." 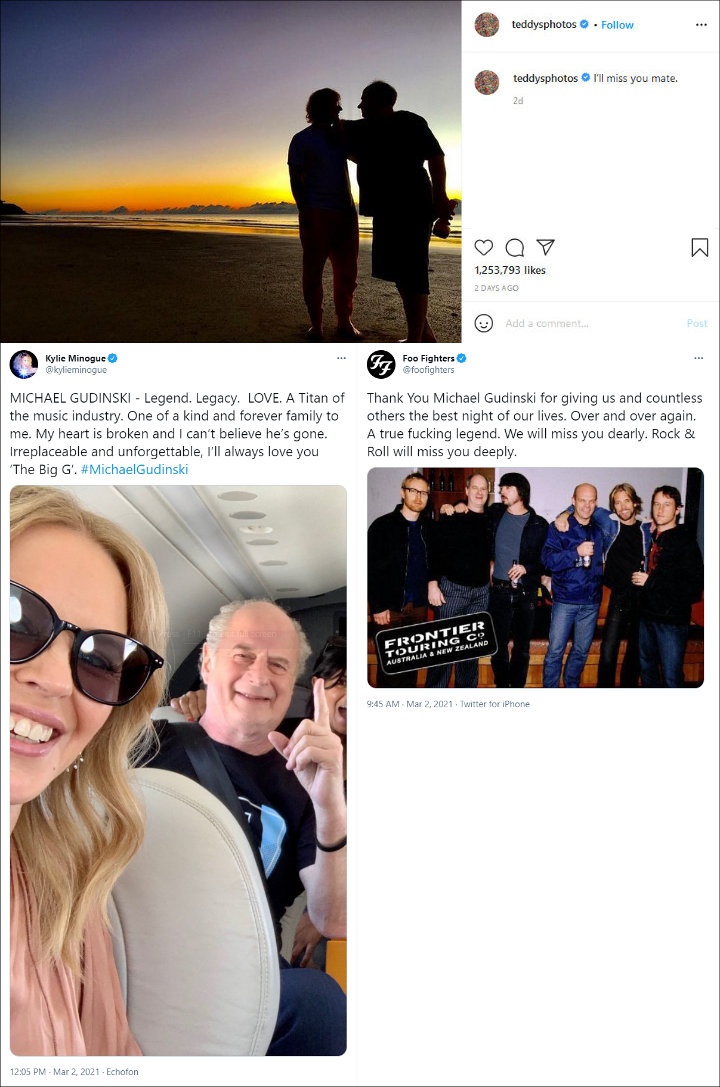 The passing of Gudinski was confirmed by his company, Mushroom Group. "It is with profound sadness that we announce the passing of Michael Gudinski AM overnight," a statement posted the company's website read. "The much-loved Australian music legend died peacefully in his sleep at his home in Melbourne, Australia."

Jennifer Lopez Feels Like She Doesn't Belong in Hollywood

T.I. and Tiny 'Pleased, but Not Surprised' They Escape Charges for Alleged Sexual Assault in L.A.