Sharing a goofy, never-before-seen snap of the 'Game of Thrones' actress on his Instagram page, the DNCE frontman says that he loves her 'two moods' equally.

AceShowbiz - Joe Jonas is not afraid to poke fun at Sophie Turner on her special day. When celebrating his actress wife's 25th birthday, the one-third of the Jonas Brothers took to social media to offer one hilarious tribute for her.

Making use of Instagram on Sunday, February 21, the 31-year-old crooner shared two pictures of his wife that presented her two different sides of her. The first snap displayed her striking a fierce pose in an elegant look. The second one, on the other hand, saw her doing a silly pose as she wrapped her head in a blue hoodie.

"Happy Birthday babe," the DNCE frontman wrote in the accompaniment of the post. He went on to lightheartedly point out, "You have two moods and I love them both equally [heart emoji] love you @sophiet."

Joe's post was met with positive reactions from many. One in particular was Sophie herself who gushed, "I love you." His fans additionally sent her birthday wishes with one noting, "Happy birthday Sophie." Another echoed, "Happy Birthday Queen @sophiet!! Hope you have a wonderful day filled with fantastic memories."

Also giving birthday shout-out to Sophie was her sister-in-law Priyanka Chopra. Putting out a photo of the "Game of Thrones" alum on her Instagram Story, she penned, "Happy birthday @sophiet."

Priyanka's husband Nick Jonas also gave away similar greetings via his own Story feed. He shared a never-before-seen picture from his wedding that saw him sitting in a car between his wife and his sister-in-law while his brother Joe was on the front seat. 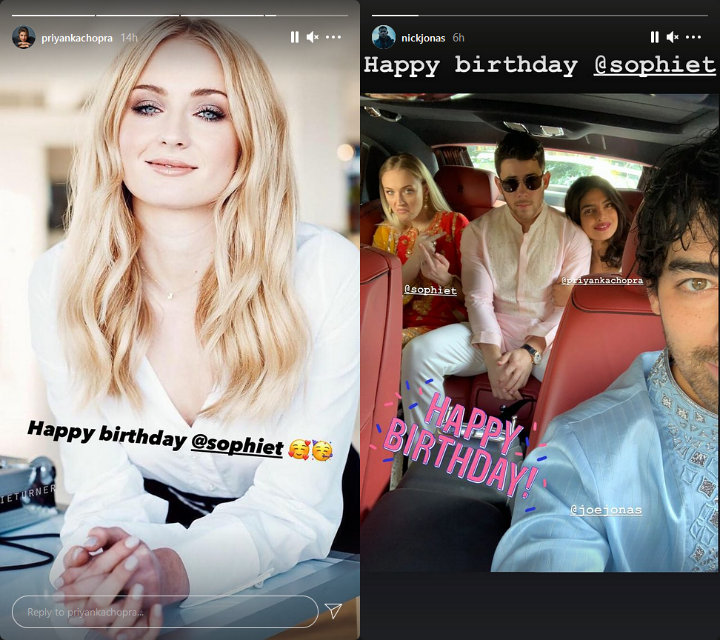 Sophie later expressed her gratitude to those wishing her a happy birthday using her own Instagram Story. Alongside a selfie in which the number "25" and other colorful balloons hung behind her, she noted, "Thank you for the birthday wishes 25-ing and thriving." 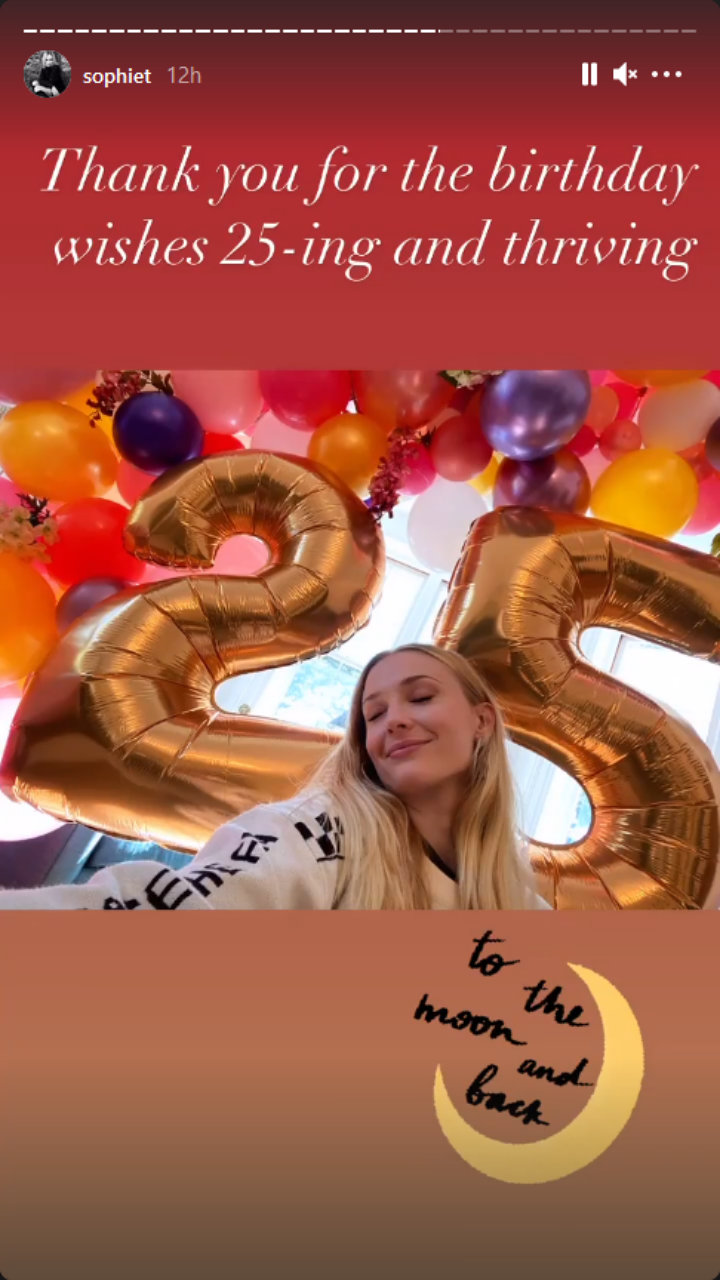 Sophie Turner thanked those who wished her a happy birthday.

This was Sophie's first birthday since becoming a mother. She and husband Joe, who tied the knot in May 2019, welcomed their first child together in July 2020. They named their baby girl Willa Jonas.