During an appearance on 'The Talk', the 'Hopelessly Devoted to You' singer reveals that 'Window in the Wall' came from a cousin of a woman she met at a health retreat.

AceShowbiz - Olivia Newton-John feared the worst when a woman at a health retreat invited her to record a song written by her cousin, but it turned out to be a big hit.

The "Hopelessly Devoted to You" singer didn't have high hopes for "Window in the Wall" when she first heard about the track, but it has become a smash duet for herself and her daughter, Chloe Lattanzi.

"It came from a woman who I met very briefly at a health retreat I was going to," the star tells "The Talk". "She wrote me and said, 'I've found this song. I just have a knowing you need to record this song - and my cousin wrote it'."

"I thought, 'Oh goodness, I know what this means'. I was worried that I was gonna have to tell her it wasn't good, but then I played the song and it really moved me so much and I thought, 'I need to record this song and I wanna record it with Chloe'."

Of the duet, Olivia shared in a separate interview, "I've always enjoyed singing duets more than singing on my own and when I first heard this song, I knew immediately that I wanted to sing it with my daughter Chloe. The lyrics and melody really resonated with me and I hoped Chloe would feel the same way - and luckily she did!"

"There is always something special about singing with my daughter," she added. "She not only has a gorgeous voice, she's an amazing musician with tremendous instincts as a singer."

Olivia Newton-John Mourning the Loss of Her Cancer Nurse

Olivia Newton-John Puts Her Wellness Retreat on the Market 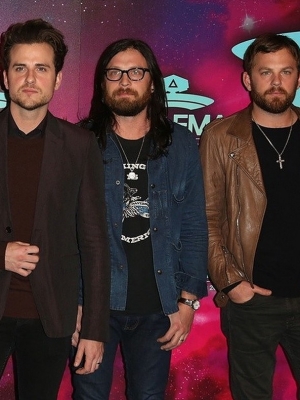