The former Disney actress and Beyonce's nephew seemingly have a bitter breakup as he took aim at her on social media while her alleged private video leaked.

AceShowbiz - Skai Jackson apparently dated Solange Knowles' son Daniel Julez J. Smith Jr. but they have since split. Their relationship was revealed following their bitter breakup. An old picture of the couple getting lovey dovey made its round on the internet.

In alleged screenshots of group chat, someone believed to be Daniel described his relationship with the former Disney star, 18, as "complicated" while confirming their hookup. "Age doesn't matter," he responded when one of his friends pointed out their age difference.

The user, rumored to be the 16-year-old nephew of Beyonce Knowles, further claimed that he dumped the "Jessie" actress after she reportedly cheated on him. "She cheated ofc i left," so he wrote.

But one individual was skeptical and asked, "Why she talking about 'throw libra men away' if shes the one that cheated?" to which he responded, "Cause I made sure to ruin her life."

It's unclear what he did to take revenge on his ex, but a private video that appeared to show Skai and Daniel getting down and dirty made its round on the internet. The former child star soon became a trending topic on social media.

Daniel also took aim at his ex in an Instagram Q&A. When asked if he and Skai were still friends, he answered with a definite "f**k no." He additionally penned, "I don't like her like this don't believe other people say….and her personality and her ego is very big….she needs to come do(wn) back to earth." 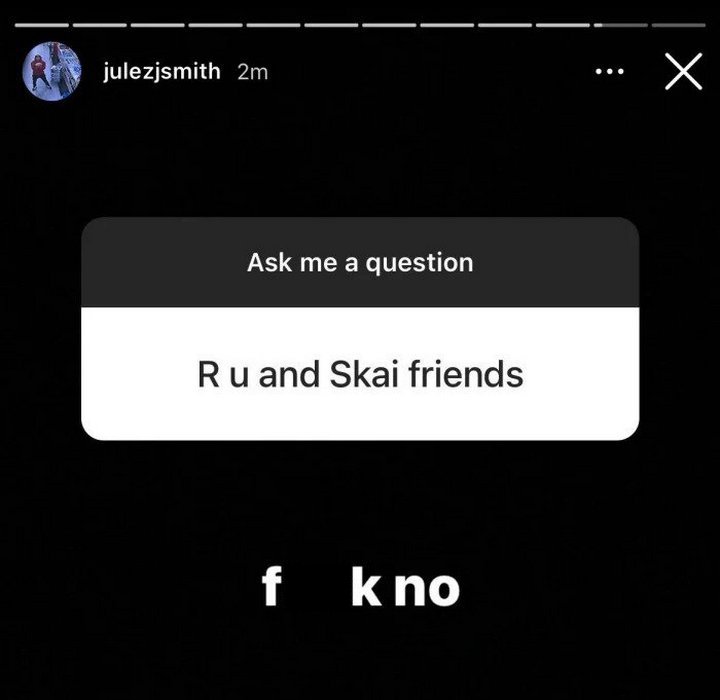 Daniel disabled his Instagram comment. When one of the people in his alleged group chat warned him about a possible lawsuit, he defiantly replied, "My aunt is beyonce you rlly think im gonna get sued take a next guess f**king idiot."

Skai hasn't responded to any of Daniel's posts. She disabled her Instagram comment as well and captioned her latest post with, "I'm good with not smiling...Should I for once? [contemplating] Maybe I should [thinking face] Here's a smirk [smirking face] Is this better? [smiley face] Ok, here you go [grinning face]." 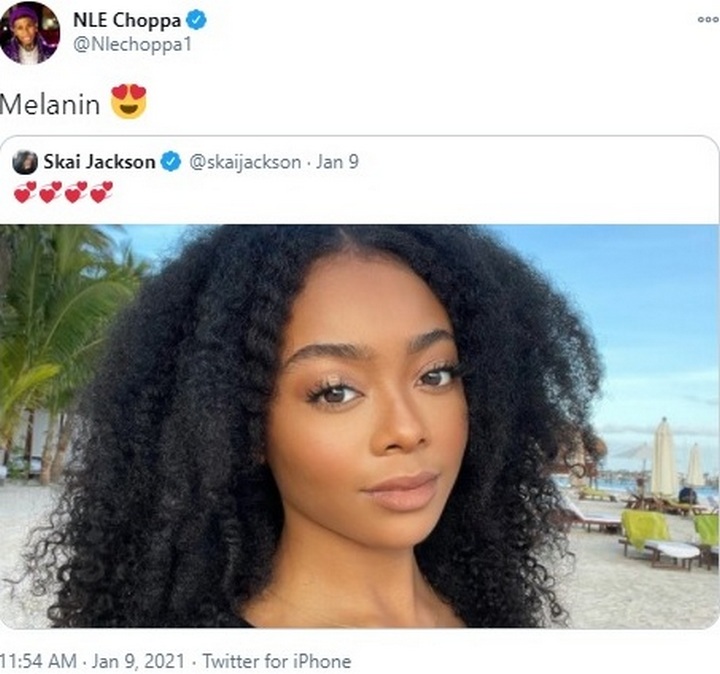 
While she has seemingly gained an enemy in Daniel, she has no shortage of admirers. Rapper NLE Choppa recently showed his love on Twitter by leaving a heart-eyed emoji as a response to her picture in a beach.

Skai Jackson Exposes Engaged Man's DM to Her: 'You're Going to Jail'