The 'Timber' hitmaker has received warm welcome and congratulation from the car-racing world after he signed a deal to become the co-owner of a NASCAR racing team.

The "Timber" hitmaker has gone into business with Team Trackhouse and its owner, Justin Marks, revealing he's been captivated by the stock car racing world since watching Tom Cruise's 1990 film "Days of Thunder".

"I've been a fan of the @NASCAR story since the movie 'Days of Thunder', now I'm an official co-owner of the @TeamTrackhouse racing team," he announced on Twitter.

"Thank you Justin Marks, (team executive) Ty Norris & (driver) Daniel Suarez for the great opportunity. This is a great way to celebrate my 40th bday, so Get Ready! Dale (Spanish expression for 'Let's go')!"

And NASCAR bosses also extended a warm welcome to the musician.

"Pitbull is an iconic talent in the music industry and has tremendous passion for NASCAR racing," they shared in a statement.

"We look forward to working with him to further engage diverse audiences and introduce new fans to our great sport."

In their official Twitter account, the car racing company posted a quote by Pitbull in the wake of his new deal with Team Trackhouse. It read, "They welcomed me abroad, and now we're going to show the world NASCAR is not only a sport but it's a culture." 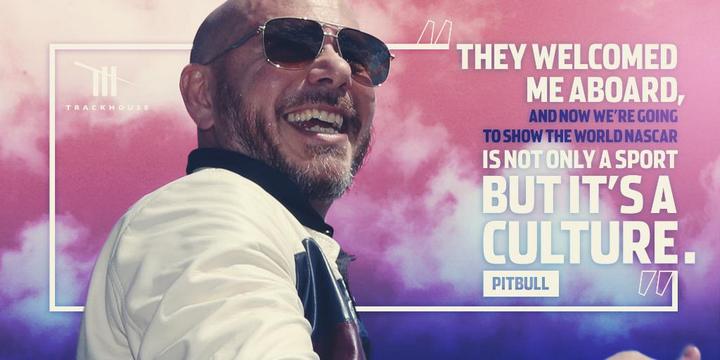 "Excited to have you @pitbull," the company exclaimed in their post, to which the musician responded, "It's a true honor."