The 'If I Ain't Got You' songstress shows her love for the K-pop sensation by posting a mini piano version of the group's latest single off their new album 'BE'.

AceShowbiz - Alicia Keys is apparently one of BTS' (Bangtan Boys) stans. On Wednesday, November 25, the R&B singer surprised fans of the seven-piece group, collectively called ARMY, by sharing an English cover of their latest single "Life Goes On".

In the less-than-50-second clip, the Grammy Award-winning artist sat in front of a piano while wearing a white turtleneck top, with her hair being parted in the middle and styled in two braids. "I bet y'all didn't think I would play this one. Tell me if you know it," she opened the video, which she captioned with "Can ya'll guess this??"

She then belted out the song's chorus in English. "Life an echo in the forest/ The day will come back around/ As if nothing ever happened/ Yeah...life goes on," she sang soulfully while playing the piano. "Like an arrow in the blue sky/ Another day flying by/ On my pillow, on my table/ Yeah...life goes on/ Like this again."

It didn't take long for BTS to catch Alicia's cover, replying via their official joint account, "Thank you.. such a big honor" with a smile and a purple heart emoji. 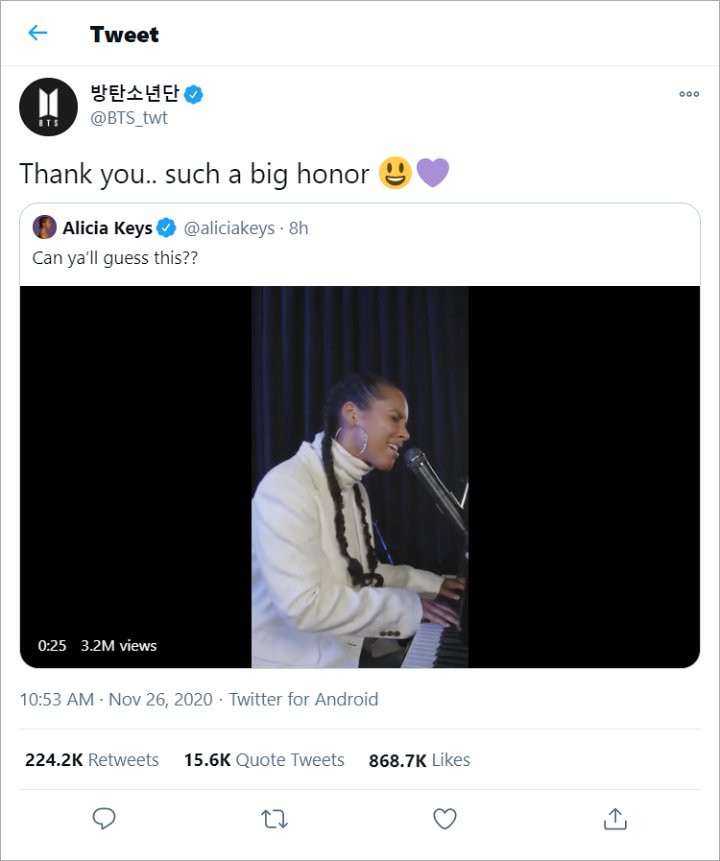 Fans were excited to see Alicia's video, with one loving their interaction, "this is so cute, legends supporting legends. a collaboration would be ART." Another has a similar wish, tweeting, "WE NEED A COLLAB."

It's not the first time for Alicia and BTS to show their support for each other. Earlier this month, V, a member of the K-pop group, posted a video of him listening to Alicia's song "Love Looks Better" in the car. "love looks better," he captioned it.

Alicia then returned the love by hyping up the anticipation for BTS' then-upcoming new album "BE". "Big love!!! Good morning. Ya'll ready for BE?!?" she replied. 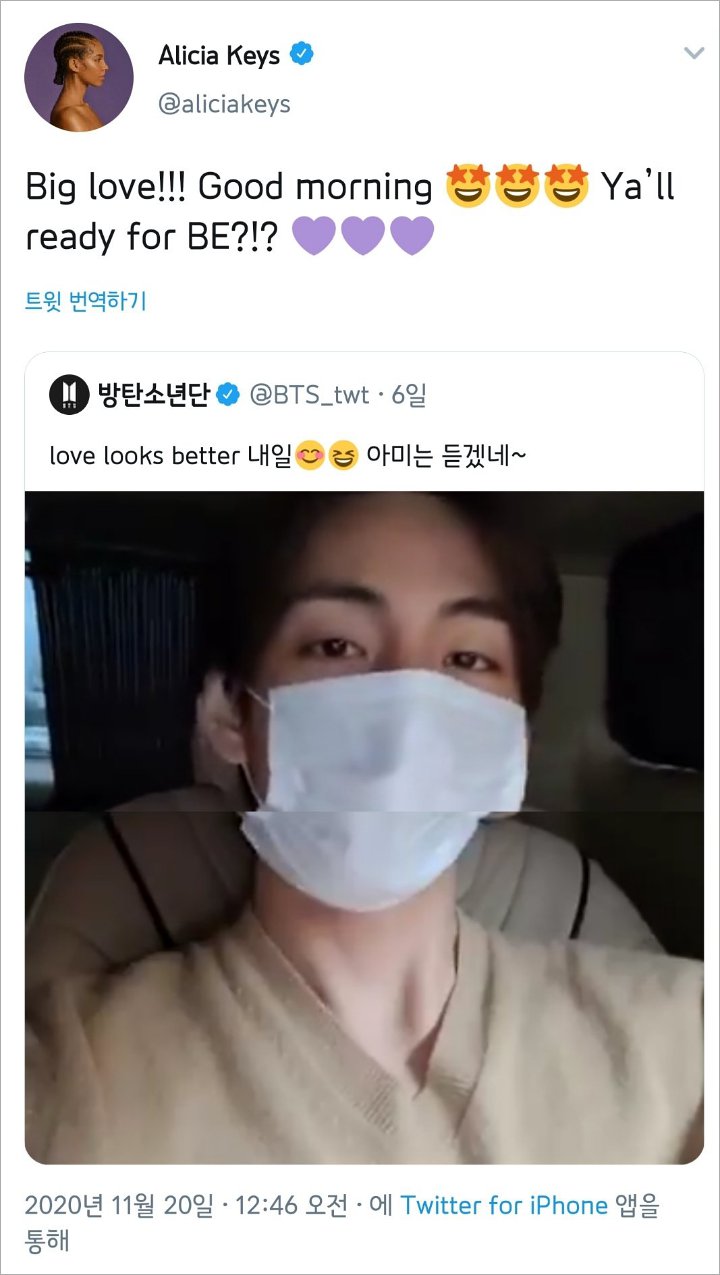 Alicia returned the love to BTS.

"Life Goes On" is lifted off "BE" which debuted on November 20. BTS recently made history as the first-ever K-pop group to be nominated at the Grammy Awards. They are up for the Best Pop Duo/Group Performance award for their hit song "Dynamite", which was released in August and is also included in the new album.

Hitmaka Regrets Opening Up About Sexual Experience With Naturi Naughton 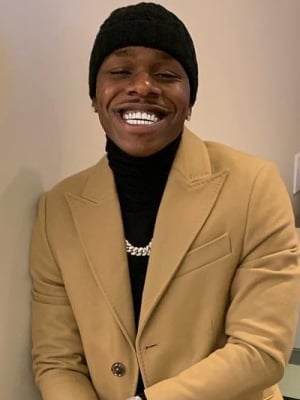